Thanks. I’m not seeing any issue opening the project or seeing other views aside from the one with the null JSON on the latest build.

We’ll have to try and figure out how the null view.json got saved in the first place though.

That’s strange, I just restored the backup to my dev machine (macOS, b2019022608) and I see “You haven’t created any Perspective projects yet!”

Huh, yeah I see that too. I was just opening the designer before.

I tried to open a random selection of views in the Designer, and all i get is “no-project” in the desgn window.

This is probably not related, but I wanted you to be aware that I saw this functionality… albeit for a different reason. I didn’t delve nearly as deep as @hunterdg

2a. (Because I wanted it to be easier to move around in Notepad++) Copied it back to a test view. This also corrupted the project! Here is an example of the errors I started getting on the server: [ProjectExploded] Please learn from my example!

Okay, we’ve got a ticket here to look into this.

I was seeing that “no-project” thing as well, but then I restarted the gateway and it started working so I wasn’t sure if it was related to the view or if it was something buggy about the restore.

Thanks for the extra info @joe.friedrich

Interesting, I can’t get anything but “no-project” even after a gateway restart (sudo ignition restart)

I got the ‘no-project’ after just doing the nightly build update this morning. One of my projects remains, but the other is giving me the ‘no-project’ on every view. I’ve tried restoring to a gateway backup just before the upgrade but get nothing.

@christopher.green It’s most likely not a problem with the project, rather it sounds like the version is the issue. We’re investigating.

@cmallonee The vision part of the project I can still see and edit, and I can still launch the vision application without issue as a client.

I talked to a co-worker about this, and he experienced the almost exact same issue OP posted on the Feb20 version of Ignition8. (Unlike me, he did not directly edit the JSON. Just moved things around, created views, deleted views, etc.) Hope that helps!

Installed latest nightly and another project seems to have imploded. 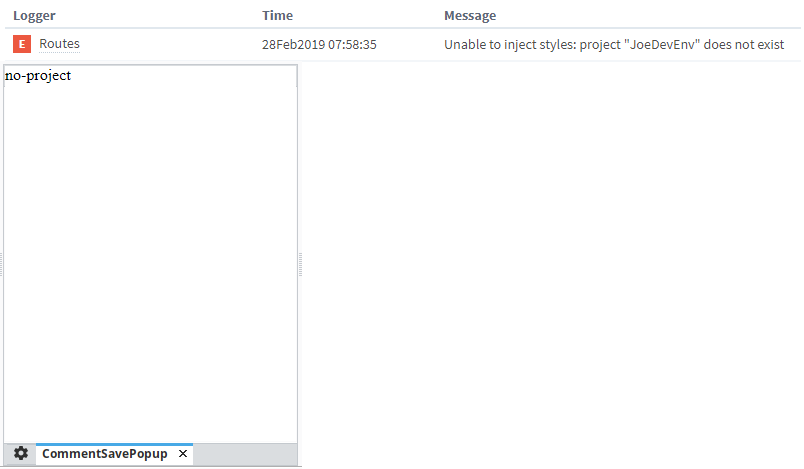 Will keep you informed on what I manage to recover/save/fix/find/etc.

I ran into the same issue and have come up with a temporary solution:

Step 4 was finicky. I could not move the top level project folder into the Inductive Automation\Ignition\data\projects\ directory - this resulted in the same behavior has the original problem. I tried replacing the folder one level down - com.inductiveautomation.perspective but the client could not find these views as a result. SO, I ended up manually copying each actual file into its correct directory (I WAS able to copy SOME folders to save time but it seemed to be trial and error). In the end I copied every file except the ones from com.inductiveautomation.vision (I’m not using Vision), and the project.json file.

It was tedious but a lot faster than trying to redo all the work I did.
Hope this helps either solve the issue or at least gives people a workaround for now.

Note: I only cared about perspective items, so that’s all I focused on.

Sorry, giving up and restoring from yesterday’s backup.

It looks like I have run into the same issue.

I have a perspective app I have been developing for a few days and it was starting to get especially good! It seems to have died a horrible death. Yes I know it’s beta, yes I actually did backup my work several days in a row but all backups restore corrupted.

Let me know if you would like me to PM the project to you to take a look. 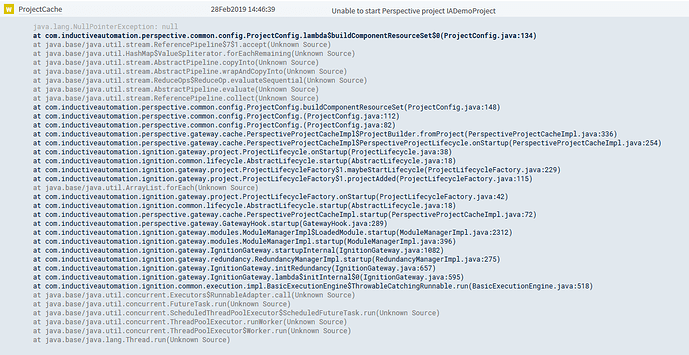 Any update on the ‘no-project’?

We’ve fixed the underlying issue that leads to the null value getting saved but we’re still working on getting everything running even with those still present.