I'm going to run down there and run some tests with Wireshark, I'll also take some screen shots then bring them back here. I am still in a live chat with Fanuc to see if they have any ideas of what might be going on. Once I am off of that chat I'll run some tests and get back to you.

I don't know why UaExpert would should you anything different then.

The inconsistencies you're describing are triggering the part of my brain that requires proof, screenshots, and a support rep to verify.

Ignition Connection to the Robot is Connected with Read Only Set to False: 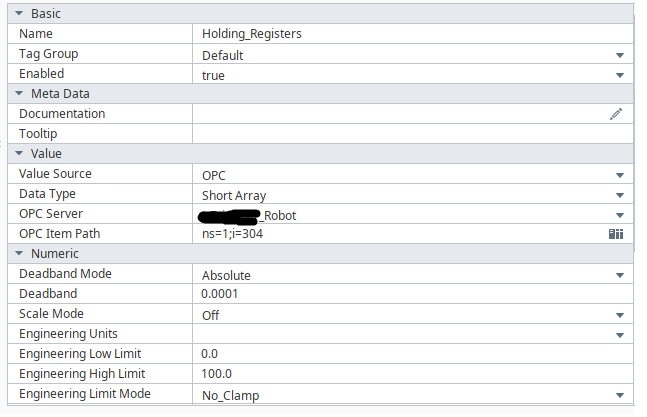 Tag Quality/Value of first 6 Registers in the array from ignition designer tag browser: (This is before the UaExpert write) 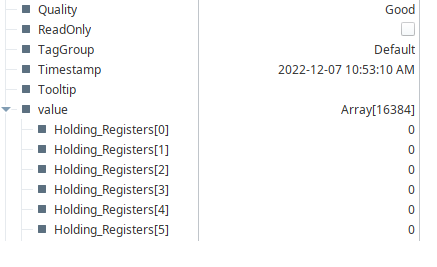 Quick Client Read of Robot Holding Registers: (this is after the UaExpert write) 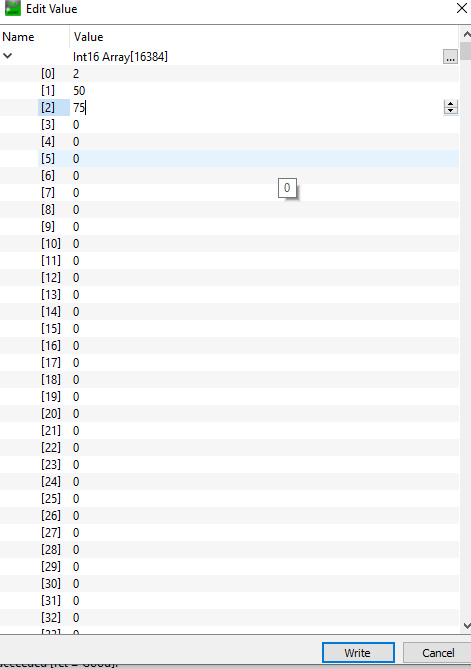 @Kevin.Herron I am looking through the wireshark data right now, is there something specific that you could point me towards to find the correct packets that might have information that I need in them?

More possibly relevant information: I have the OPC-UA connection set up with all default values(in the advanced tab) I didn't change any of those and I just went through and check to make sure that they are all set to their default values.

The inconsistencies you're describing are triggering the part of my brain that requires proof, screenshots, and a support rep to verify.

I sent the screenshots, I don't have a support rep that can help. Should I just reach out to my sales rep to get one?

Can you include the NodeId you're reading in the UaExpert screenshots? And upload the capture somewhere with some details about the IP/port used by the server you're connected to?

You don't really get an assigned support rep, you just call, email, or use the web form to create a ticket. 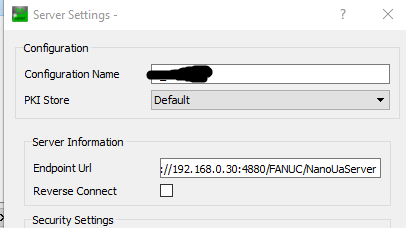 UaExpert with the NodeId information included 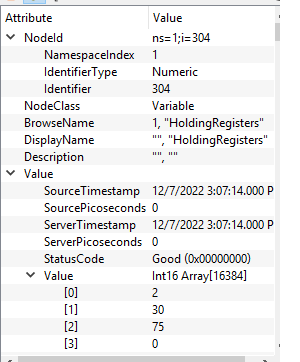 Well, it would be very interesting to see the Wireshark capture for that Node invoked from UaExpert vs Ignition Quick Client to verify the device is really returning all zeroes for some reason and what might be different.

I don't know much about wireshark or how to properly filter the data out. Is that something that I could send you or that you would be able to direct me towards a manual on how I can more efficiently filter the capture?

It would be easiest if you just sent me the capture file. Keep in mind that you have to run Wireshark on the computer that is running UaExpert and the Ignition Gateway.

After a little bit of testing I have found the following:

If you delete the connection and recreate it, you will be able to read the Holding Registers from the Fanuc Robot Controller.

However as soon as you read any of the values outside of the "Modbus" node it will break the Holding Registers. I sent Fanuc an email outlining the issue and am waiting for a response from them. However hopefully this will save someone some time in the future.

Hi,
I have the same problem.