I have a simple test expression integer tag setup whose expression writes the current HHMMSS into it every second (e.g. using now(1)) as an integer value, e.g. 131042 for time 13:10:42.
I’ve setup a scan class as below that I’ve set the Historic Scanclass to in the tag: 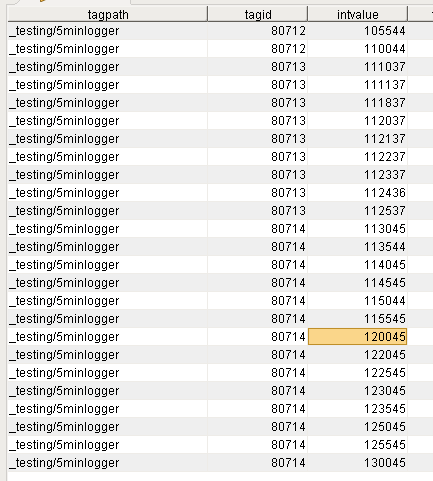 Is there anything in the gateway logs during those times that were skipped?