And how can I update the alarms status table and the alarm journal table ?

Sounds like you need to filter the Alarm Journal.

Also sounds like you will need some sort of binding for the filter.

You have to explain more what you mean by ‘registered’? 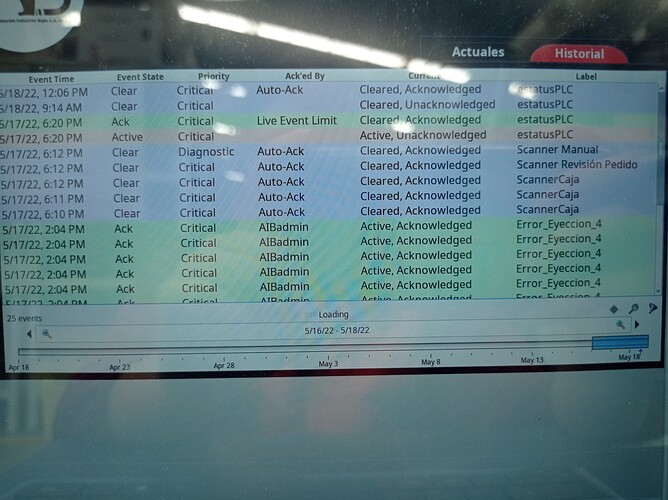 Registered as Acknowledged
This is the table , and where says Ack’ed by says who registered the alarm so, there are two rows that have nothing , so that happened automatically but I only want to appear if is registered for the user

When is registered for the user in the status table : at the let bottom says Acknowledged(there i registered the alarm like yes I saw the alarm , like the alarm is fixed) 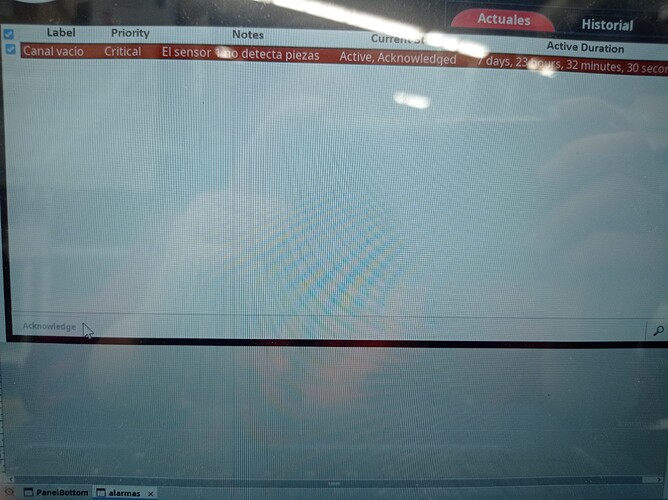 If you only want to see acknowledged alarms.

Click on the alarm journal > go to your properties for it and scroll down to the filters. > then make sure only acknowledged is checked.

this will make it only show acknowledged alarms. see pic below 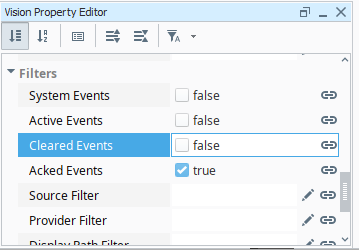 It is already checked and still appears the Unacknowledged alarms.

Have you unchecked the other ones?

How will anyone acknowledge an alarm they can’t see?

I have two alarm tables, the status as the current alarms and journal table as a historian of alarms and where I don’t need the unacknowledge alarms is the journal table because appears automatically to this table without the permision of the user , i mean without registered by the user

You’ll probably have to query the journal’s main and detail tables yourself, displaying in a standard table.

I would use a Named Query to select from the alarm journal, joined with its details, filtering for the acknowdged entry in the details table. Bind that named query to a table’s data property.

And how can I update the alarms status table and the alarm journal table ? in the script from the tables or with a button