For one of our client we have an ignition 7.2.11 running with RSLinx and Kepserver6. 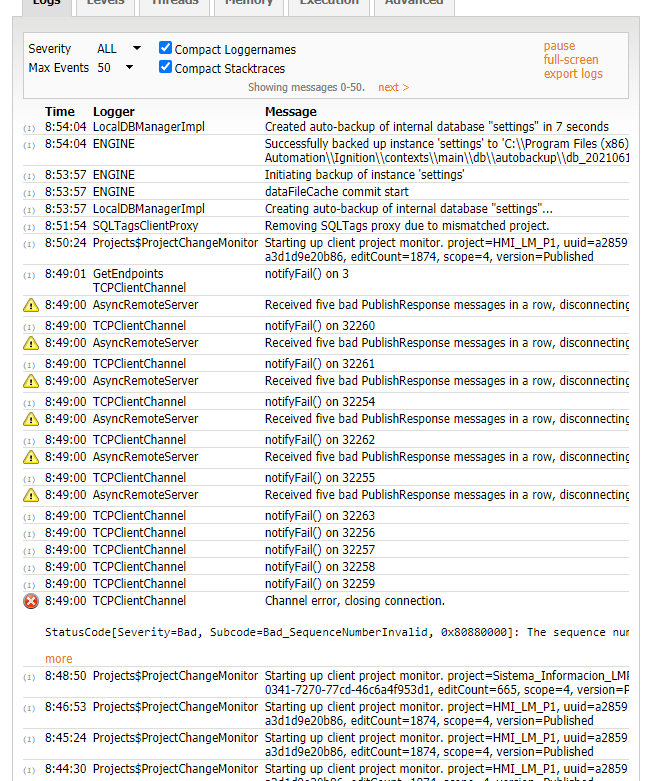 Do you have any clue or idea to attack this?

Thanks in advance. Greetings!

It looks like the root cause is that first error message with the Bad_SequenceNumberInvalid StatusCode.

Unless you can capture this happening on Wireshark it’s not possible to assign blame to the Ignition UA client or the server it’s connected to. I’ve definitely seen servers return out of order sequence numbers before, and in the past there has been a bug in the client code that could cause it as well, though I don’t know if it actually affected a version this old.

I know this is an ignition forum and not wireshark forum, but.

I started capturing packets and is overwhelming the quantity. I tried to enable only OPCUA protocol but i didn’t understand what happened because the ip addresses disapear (I was filtering only the opcua lan and the remote kepware address).

Is there a “first steps” for wireshark and ignition (the old one that i’m using)?

In the capture options when you are selecting the interface to capture you can specify the IP address and port of the Kewpare server you are connected to. This should cut the traffic down considerably. 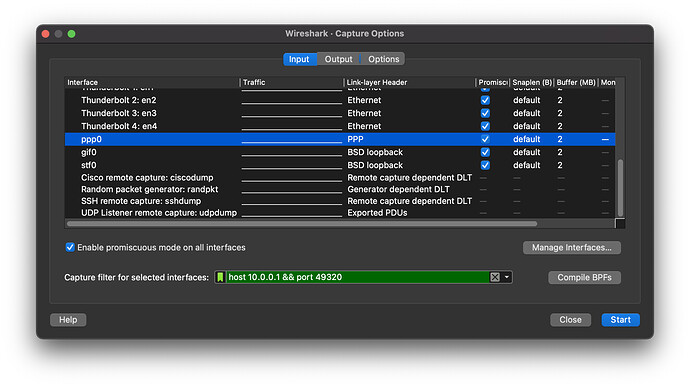 You should also probably set it up to use a ring buffer with multiple files on the Output tab so you can leave this running for long enough that the issue pops up again in the logs. 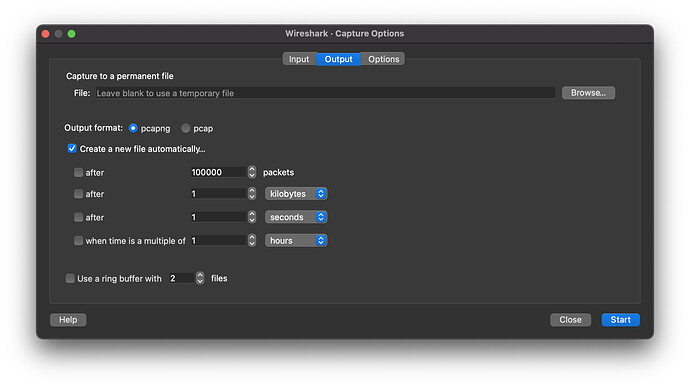 First of all, thanks for the help.

I think i’ve got it:

Now, I attached the capture file.

Finally, i remembered that i have another ignition (same version 7.2.11) that it’s connected to the same kepserver (ask for only a few tags) through the same LAN and doesn’t have any error in the log.
The ignition that failed runs in a virtual machine (eSXi) but the one that doesn’t fail, runs in a “real” server.

Well, thanks again for the help. Greetings!

Sorry, but either there is something wrong with this capture or you’ve captured a different issue. The first 9 minutes of this capture, from packet 1 to packet 43225, don’t show a single response from the Kepware server. I don’t know if this is something else or the original error is a result of Kepware not responding for long enough.

I was doing it in the ignition server and the windows firewall was activated (we only open specific ports).