Hi,
I have a window with barchart as below in vision, 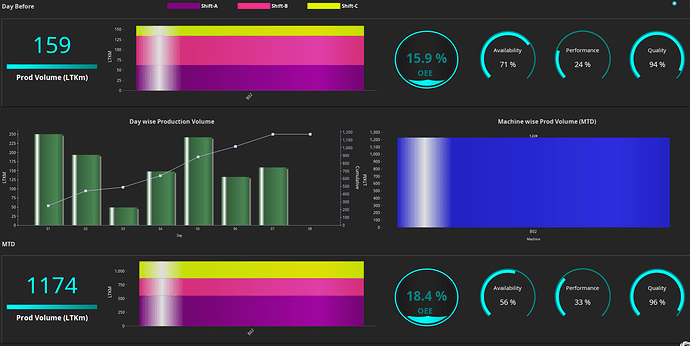 You could eliminate some of it by adding a blank row to your chart's dataset. Beyond that, I imagine that you could probably achieve this by manipulating your category margins with some sort of algorithm.

For example, if the catAxisUppermargin property were bound to a custom property (call it widthAdjustment). Then, the configureChart extension function could be used in the following way to manipulate this variable:

Note: this example algorithm is not something I've tested in any realistic way, it's just the first idea that popped into my head when I read this problem.

Edit:
After pondering this for a few minutes, I imagine that it would be much better to apply this idea to a propertyChange event script, so it the chart isn't processing this calculation excessively:

Another idea: you could use the renderer's .setMaximumBarWidth() method in the configureChart extension function: