But now we are seeing users being prompted about letting javaw.exe through the windows firewall and most users do not have access to update the windows firewall. Looking into allowing it in the firewall via group policy does not seem to be an option because you cannot setup a rule using user variables in the path. The rule is not evaluated in the user context. Any way to suppress this message? 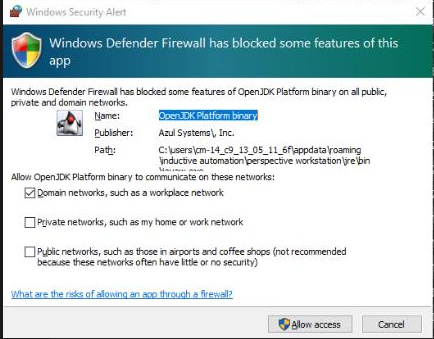