When I try to adjust the width of the property editor in perspective it “goes behind” the workspace and doesn’t resize it normally. (Only checked in perspective, not in Vision…)

Additional: It looks like the workspace resizes if I toggle the props open and closed, but not until then. I was expecting it to change in real time like previous versions. 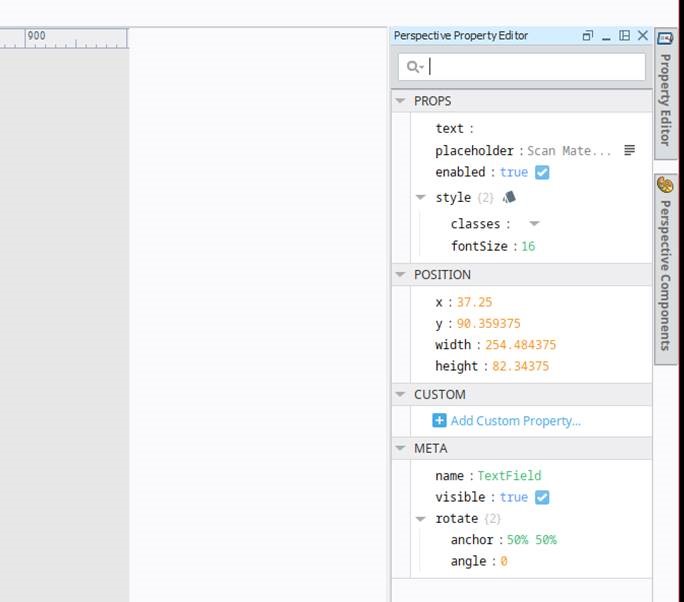 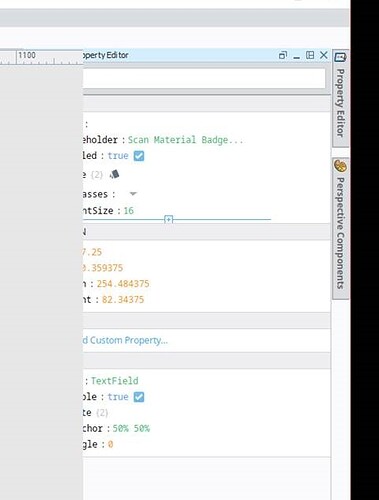 Thanks for reporting this, its on our radar.

I think I can add information to this issue. This might be a slightly different issue.

If you remote desktop into a server that is running a designer and don’t close your designer. Then you close RDP without logging out and remote in from a different resolution it will screw up where things appear in designer.

Something with screen resolution in a remote session definitely impacts layout. I presume the same thing would happen if you had a laptop docked and then undocked your laptop with designer open.

I’m having trouble explaining. I have a cloud server I remote into for perspective development. I remoted into it from the office where I have a full size monitor and did some development. Later on I remoted in from my laptop and the layout of the screen was really screwed up. The workspace area was overlapping the controls on the left and I couldn’t close screens because the “X” to close the screens was covered by the designer workspace.

Closing and reopening the screens fixes that problem.

I still have to update to the latest nightly build. I’m maybe 4 nightly’s behind because I’m doing a demo on the system today and I don’t want to risk patch surprises till after the demo

hmm, sounds somewhat different from what I have going here… I run a client launcher to download the designer to my desk, and the dev box is just another PC sitting close to me