I haven’t seen any other posts, and my coworker isn’t having the issue, but figured I’d post here so it is documented.

When opening a vision client, it opens very oddly. It is split between two monitors, and the text is not loading properly The screenshot shows most of my main monitor and my full second monitor. for example.

This happens when initiating via the designer or a downloaded vision client. I’ve also tried a reinstall and reboot already.

I’m not seeing any issues in the logs or console. Any ideas what this could be?

Are either of your monitors set to use DPI scaling? I can’t quite tell from the screenshot. I suspect that the ‘split’ aspect ratio is also part of the problem here - I don’t know that we’ve tested that specifically.

The right monitor did have some scaling, after removing that setting I got the screen to open normally on one monitor, but the text is still as shown above.

A few more notes, characters I type into the box also get mismatched, but once I get it logged in, everything seems to work fine. Buttons have correct text and I can type into text boxes normally as well.

Just wanting to bump this post a bit since I noticed I’m still having this issue when I opened a Vision session for the first time in a while. I don’t see any errors in the console or log viewer once logged in. This is on a fresh install of last nights nightly. I’m not sure what else to check. 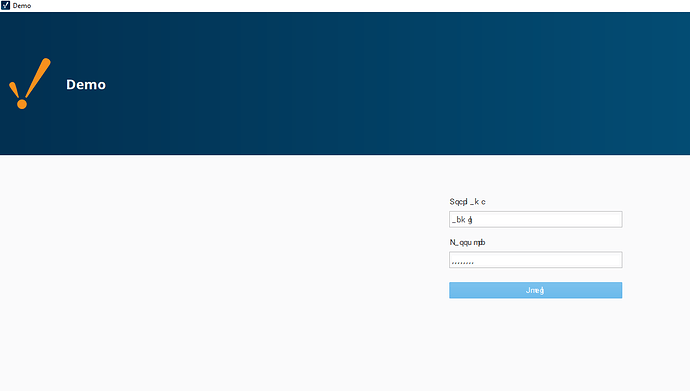 I have this same issue with the text rendering when opening a client on my base machine, when I open it on the server which hosts it or others in my organization open up a client on their machines they can read the text just fine. I have to believe it is something to do with my machine, but I can’t figure out anything that would be causing this. I also have the same gibberish on one line of the add a gateway window of the client launcher. 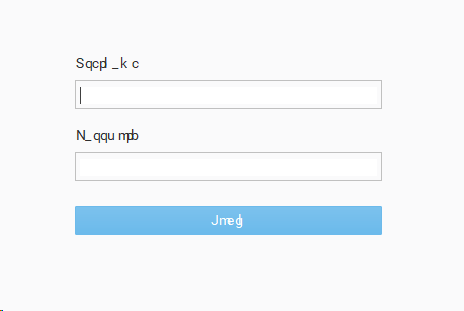 Never noticed it there, but I do see it in the Vision Client Launcher as well.

Can you both make sure you’re on the latest nightly build and then delete your current client launchers, download them again, and re-launch?

Just downloaded the client launcher, but as requested, I deleted it from App Data, and re-installed. I still have the issue in both locations

Same here, the problem persists through a re-download of the client launcher.

We recently included font updates which corrected some of the font metrics for the default fonts. These are retrieved from the gateway automatically and stored in .ignition/cache/resources/runtimes If you remove the versioned folders in this directory on the machines you are having issues with and relaunch your clients the new fonts will be retrieved from the gateway. could you attempt this for me and let me know if your issue is resolved?

Removed the folders, and relaunched clients to find the same issue.

alright, well we have a ticket to track it internally. We will update this post when it gets looked at. Thanks

Not sure if it will help or not, but found another place where the text gets garbled.

That helps, Im seeing a pattern here which should help in solving this ticket. thanks for the info!

Has there been any progress on this? I just downloaded the latest stable release, and am having the same issue.

The stable release hasn’t been updated yet, but the issue has been resolved in the nightly builds. I believe next week should be the new Production release, but I’ll let IA confirm or deny that.

RC should go out tonight, final release next week unless something goes wrong.