Dear all,
I am currently using the build b2019030402 .
I notice that when I swap between projects in the designer, the UI looks blocked and the following screen is displayed: 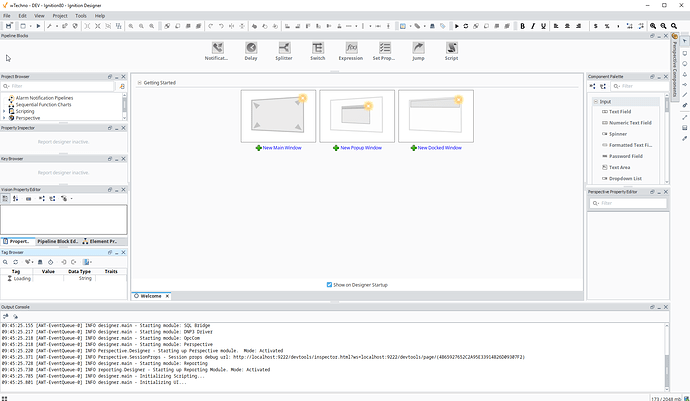 After a while the UI returns right and I am able to start using the designer.
In the Output Console, I receive the following message:

Let me know for further information.

It looks like you’re seeing several contexts simultaneously (Vision/Alarm Pipeline), but without additional info there’s no way for us to diagnose or help you with your issue. What OS are you using? Does your project have Alarm Pipelines in place? Is this an upgrade of an existing project or is this a project built only in 8.0?

Thank you for your reply.
I answer to your questions:

I put in place one parent project and two children projects: if I swap from one of the children to its parent there are not the strange behavior, instead the issue occurs from the parent to one of its children.
I hope top be clear enough.

I’ve opened an internal ticket to see about making the project swapping a less jarring experience.