This table was compiled using a script that converted the tag values to string, so at first I thought maybe the table was sorting incorrectly because it was using the ASCII value of the string, or something like that.

The specific column is configured so that the field name matches header for the tag so that I can change different propreties like width, or render it as a view and such. But, when I render it as a number, and the number is “value”, it doesn’t improve the sorting.

But, When I render the tag to specifically be an integer, it still sorts the data incorrectly: 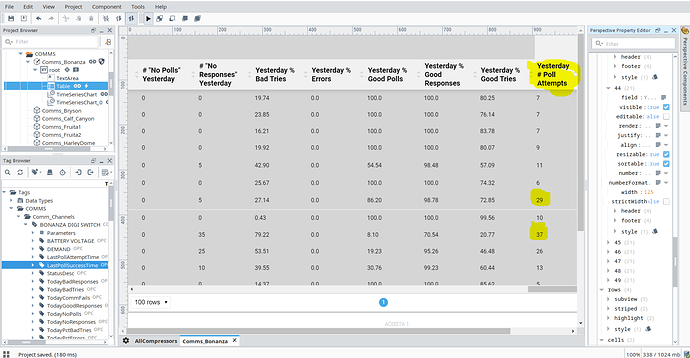 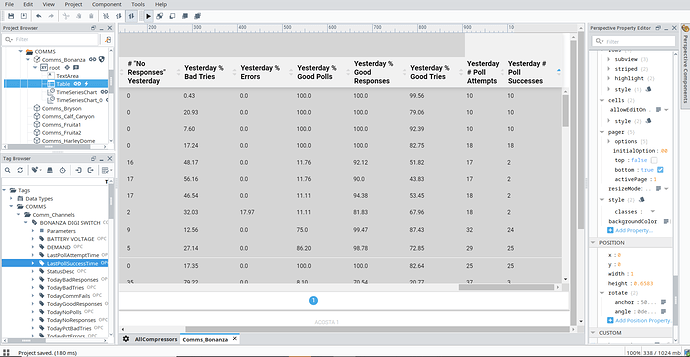 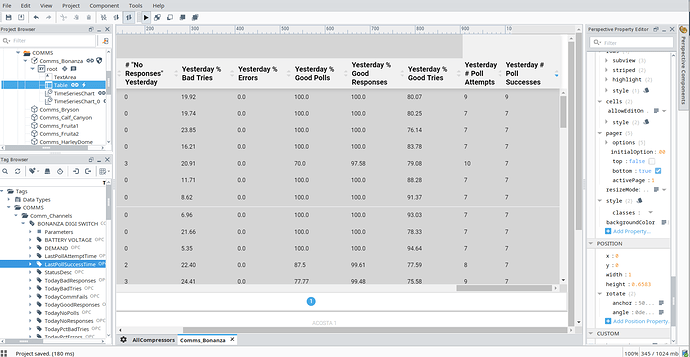 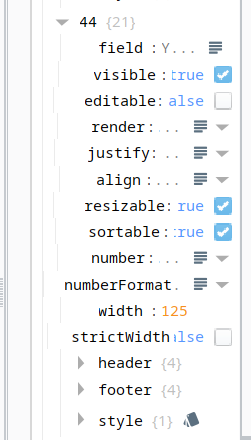 I’m seeing this as well.

I’m also seeing this. Did Inductive every respond? Is this getting fixed in an upcoming revision? The sorting in general seems like it’s very flaky and needs some work.

I spoke with tech support about this issue in April. He said it’s a known issue and they were supposed to have fixed over this last patch. But were are on 8.12 and it is still sorting incorrectly. Very flaky indeed.

8.0.12 ended up having to be pushed out with an emergency bug fix if I recall. So it likely got bumped to 8.0.13 if 8.0.12 was the version it was going to be updated in, but I haven’t followed the patch notes to know for sure.

When I render the tag to specifically be an integer, it still sorts the data incorrectly

In your column properties of the Table, if you change the numberFormat to “none” as below, does that help. That seem to be what I have to do to get numbers to sort correctly.

Also, the issue was mentioned here:

We are aware of the issue and have an open ticket to fix the sorting, though there is no time estimate for when the ticket will be begun.

I can confirm this works!