I’ve noticed this problem on a few instances. If I leave my Designer Launcher open for long periods of time (days), any designer launched will have a max of 256MB memory, rather than whatever is specified in the gateway settings. If I restart the Launcher, the projects will open with the correct memory.

I have noticed that the designer has been opening with the incorrect amount of memory a lot recently as well. It is 256 mbs of ram quite a bit even when I set the gateway to use 2 gbs.

I use the Designer launcher to launch it. Looking at my settings on it, the Init Heap and Max Heap settings are greyed out with the defaults in it.

This is a known issue and its on the backlog to be fixed. looks like in some situations the properties become stale and do not update correctly. a close and re-open of the launcher should resolve it until this is fixed on our end.

I continue to have this issue as does @ntmoe. The workaround mentioned by @jcoffman usually works, but sometimes not even that works. I’m on my 5th time opening a session with a gateway in Designer and it’s still showing up as 256mb available memory.

Configuring the designer in the launcher with its own max heap setting has been a consistent workaround for me: 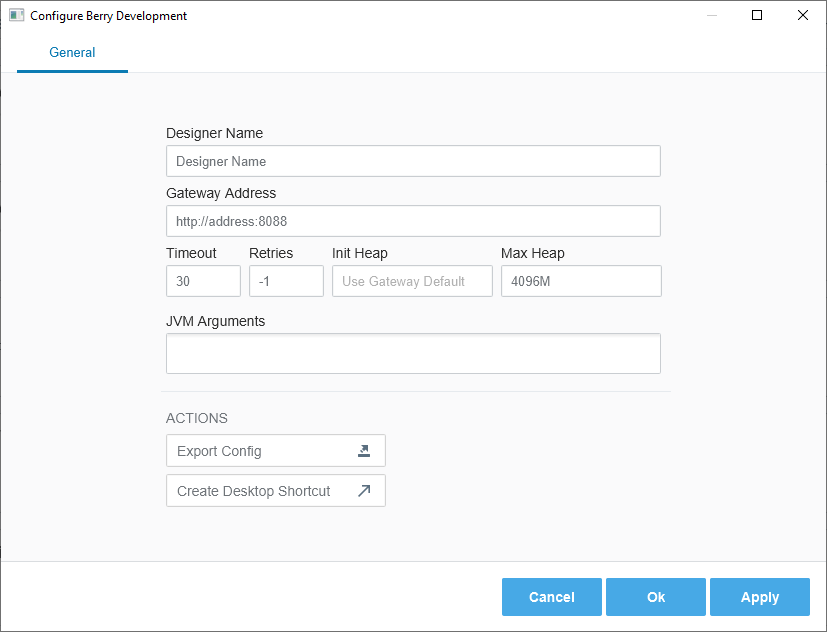 it should also be noted this issue was fixed and released in Ignition 8.1.11 (launcher versions 1.1.11 and newer)