Has anyone run into an issue with using tall formatting with the tag historian query in the reports where it displays the wrong data key alias? It appears the data keys are being offset by 1 with the first one being replaced by t_stamp. I’m using version 7.9.9 currently. 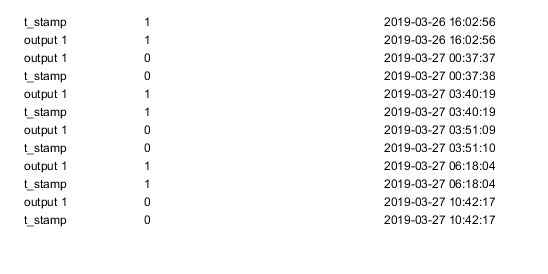 That sucks, I know I can get around it through scripting but I’ll have to remember to watch out for if its fixed on a later version. Thank you PGriffith

Huh, so it is. It was supposed to be fixed with the Power Chart in 8.1.0. I’ll update the bug ticket.

It’s still a problem in 8.1.1, the only difference is that last tag path in the list is replace with the t_stamp alias.