I was nervous applying a “file overlay” patch so I tested it on a test system running the RC. Everything seems fine.

I can log into the config website no problem. I downloaded and installed the designer launcher from the config site.

I tried running designer launcher. I get this error 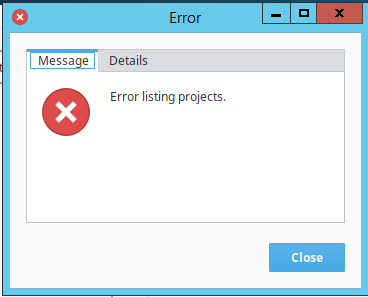 I browsed to the project files and they appear to be intact. I don’t know which specific part has the project manifest but I copy/pasted my entire data directory to another system before doing this upgrade so I should have it. I also have a gateway backup and tag database dump.

Let me know if you need any other details. I’m interested in any steps I need to perform to fix my demo system.

Broke this out into its own topic so we can investigate and more easily track.

Can you describe how you did the upgrade on the erring system? Also, can you verify the Designer Launcher used was downloaded from the updated system?

Designer launcher was downloaded from the upgraded system.

I pivoted to do some development on my test station because it can launch a perspective session and I noticed that it doesn’t have a perspective module in the designer. I think I need to load that module independently. Trying that now.

Ok, I tried manually adding the perspective module and it still doesn’t show up in the designer on the system that can go into the designer.

I am grasping at straws.

I haven’t tried anything new on the other station that can’t open designer.

Both systems are able to get to the internet so I could share my screen if you want to look into things.

I just want to confirm that when you say “file overlay” patch you are talking about upgrading using the zip installer. If so, are you certain you deleted the lib folder when upgrading your demo system? I know it is something that happens to me every once in a while an leads to issues like this.

I don’t know of this zip installer thing. Where do I find it? Also, what are my recovery steps?

Edit:
To be clear. I stopped ignition, opened the zip file and drag dropped the files into the application root. I told it to overwrite all files. Naturally, that made me nervous so I backed up everything.

Based on the steps you provided, you were using the ZIP file installation method of Ignition. Based on the steps provided, you missed one very important step of deleting lib folder in the current installation after stopping Ignition. There should be a README file in the ZIP archive that contains the upgrade instructions, but here is an example from the Windows ZIP archive:

To fix this situation, just rerun the upgrade (same ZIP archive) follow the instructions making sure to delete the lib folder before dragging/dropping the files. It will ensure you have the correct versions of libraries needed are deployed for Ignition to run smoothly.

I didn’t notice the readme file. I guess the most important step was reading that lol

I applied these steps to both servers. My test station now sees perspective in the designer and client appears to work.

The Demo station that was getting the error from the screenshots above gave me this error on step 6 but can now run a runtime. I haven’t looked over things enough to know if it’s completely fixed but I think it is. 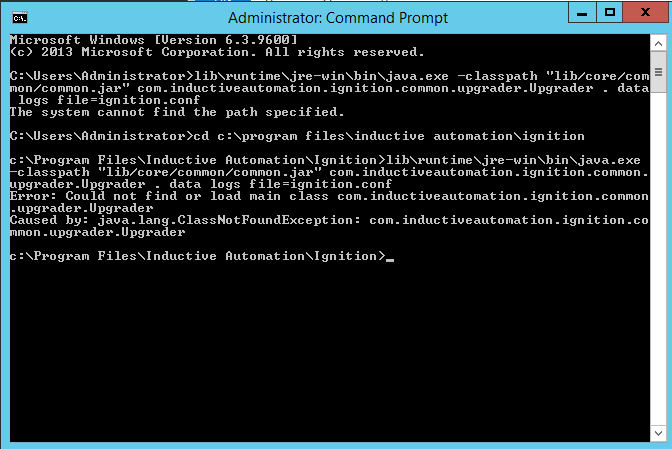 Thanks for your help (both of you). I think you can close this one. I’ll let you know if anything else is broken that I haven’t noticed yet. I think it’s all good.