I am having this problem on one system that has the RC and not having the issue on another. I’m not sure what causes this issue but I see that it has been an issue in the past with 7.9 so hopefully someone can point me in the right direction to fixing it. 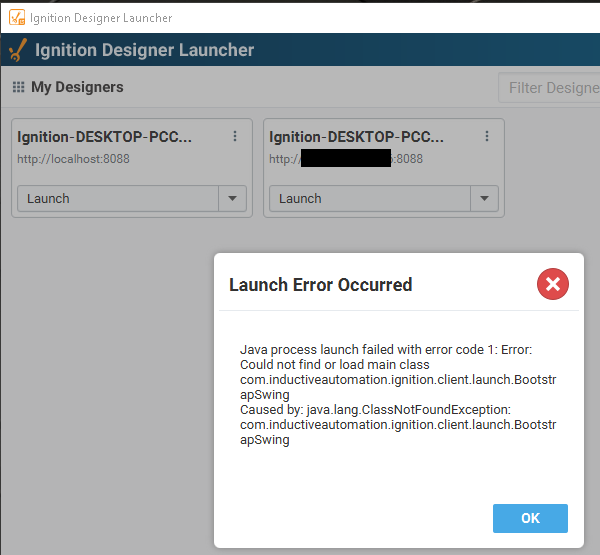 I tried uninstalling Ignition and re-installing it on the system.

This morning I had updates for several different things (dell update, windows update, firewall update, etc) and I suspect one of them broke it.

I had a couple of questions:

Im going to ask you to do a couple things to help me figure out whats happening:

Matching client IP found. that’s very weird. I talked with our main networking guy and confirmed we don’t have a duplicate IP on the network.

Ok, give me a moment to look into this.

@Steve_Laubach I was unable to reproduce this locally. Could you do a few things for me?

The cmd prompt blew up which I assume is what you were testing. I’ll pm you the logs because they contain the name of a gateway that isn’t mine and is on the internet.