I am getting a message in Ignition 8.0.14 that states “This resource is being edited by another user. If you both save changes, you will need to resolve conflicts.” This error has appeared in error I think. Both projects are running on the same gateway, both projects have a script named “themes”. One user is in Project A and one user is in Project B. Why are both users being warned of the others presence in the script “themes”?

I’m not seeing this on 8.1. Is there something different about my test? Do one of those projects inherit from the other or anything like that? 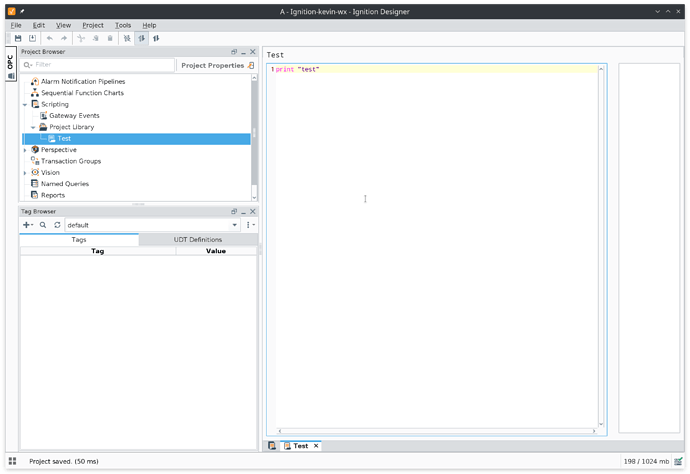 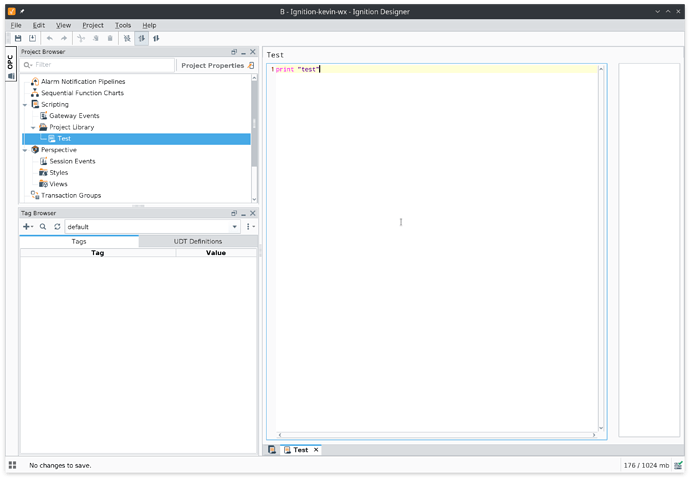 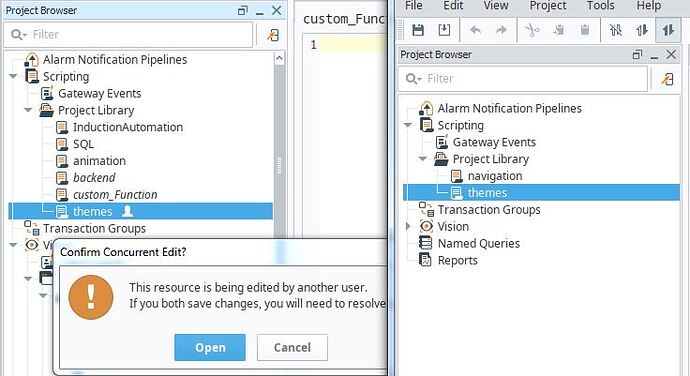 Project A on the left is using credentials A and using credentials B I opened project B on the right. I then opened ‘themes’ in project B. After 10 seconds or so project A shows someone is using ‘themes’. This is done in Ignition 8.0.14 so if 8.1 isn’t showing the same error then I suppose it was fixed by someone.

Renaming ‘themes’ in Project B fixes the “issue”.

I have the same issue except for the themes part. I have a single copy of Designer open to a project, when I click on a window to open, I get the same error message. No other Designer is opened.