Control visibility of an element in SVG shape in perspective

I use symbol factory graphic and some other SVG graphic for my project in perspective.
The import SVG or symbol factory graphic is treat as a single source of graphic even they group together.
I can access different part by accessing elements in PROPS. The problem is there is no properties for visibility, position and angle in elements. So I can’t bind make the part of SVG shape dynamic.
I also want for example to rotate some part of imported symbol factory.
Is there a solution for it? or will it be current in future release? 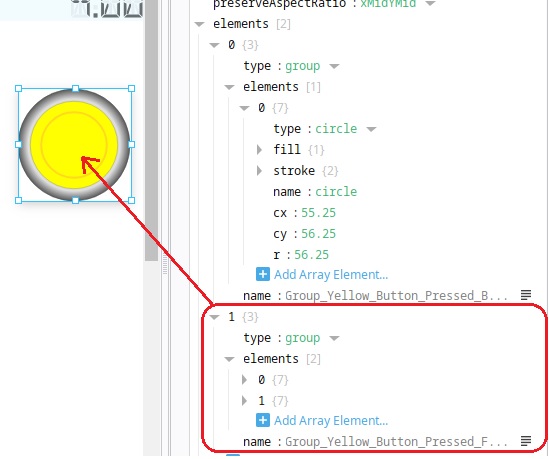 For example the ‘cooling fan’ symbol under ‘blower etc’ make from two main parts: fan blades and fan frame. If I want to rotate the blade there is properties for it.

These are not difficult to build in SVG and I am sure Ignition will be able to provide these features in coming releases.

I hope the first thing they add is group capability

Right now there isn’t a way to accomplish what you want. We’re working on improvements svg/drawing/design functionality in Perspective and hope to have some significant improvements for people to start in a coming release (not sure which version it will be released in yet). We’ll try to update when we have some further information to share.

In the mean time till these features are available in perspective, you can try using SVG in your own HTML page and develop your own custom animation such as rotation , visibility, position, angle and graphics if you are good at HTML/SVG/JS or know of any open source freeware library that can do it. My New module - RWS - Restful Web Services , from PRAMANJ Technologies allows you to bind dynamic ignition tag values with such graphics in an HTML page containing canvas and SVG elements. Just a thought.

I was able to leverage the ‘type’ property to do my visibility. I added a binding that makes the type a ‘group’ when I want it visible, then set it to ‘circle’ (or something else) when I want it invisible. A work-around maybe, but it works. No help on rotation though.

I’m not sure if this is a new function in a recent release but SVG properties such as visibility can be manually added to the individual elements of an SVG.

also, transform: rotate(30deg) works for this. Should be helpful for the original poster 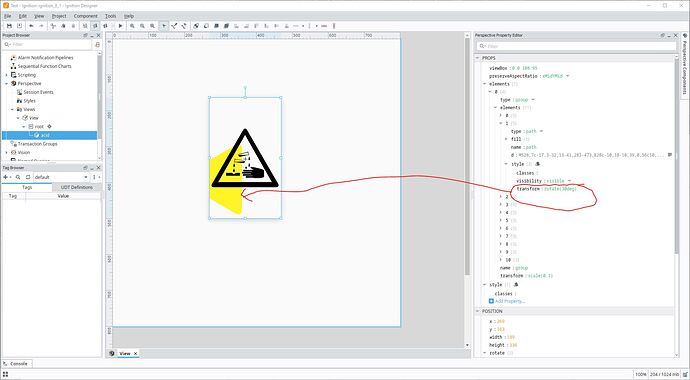