I am having a problem with launching Designer from groov EPIC device. Below is the conversation with Opto Supports at Opto forums 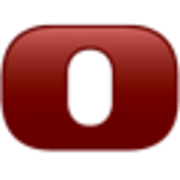 Is there any idea to solve this problem?

What version of Java do you have installed? Can you turn on the console in the Java control panel applet and try launching again? You should get a little console window with logging from the launch attempt.

@tansteven962494
I think you want to design your project from there, but in my opinion designing your project outside the groov EPIC device is a better idea. You just need the client laucher to run in groov instead when finish designing.
Make sure to worry about the client instead of designer.

I tried. The console will disappear also with the designer. As you can see from the Opto Forum, the PC can open other EPICs’ Designer. So I think there is no problem with the java version or Windows OS. Java version 8 Update 241 (1.8.0_241-b07)

Thanks for your great idea. But we are selling the groov EPIC unit to customer. So If possible, we have to find out the solution solve this problem. I am still wondering maybe the software corrupted during the installation into the groov EPIC. Is that possible?

I haven’t used a groov epic device but I know it is an ARM architecture based on Linux. I don’t know why you’re mentioning windows os here. Make sure to download the installer for Linux and re-install Igniton Gateway. First try with Ignition v 7.9.x and then with v 8.0.x

You are going to need to get a log from the designer on the client side. Look in your clientlauncher log files (on your client) for the java command line for the failing launch. Try running that from a command prompt. (I’m not sure about Windows, but in Linux this will allow you to see the console log, and it will remain visible when the designer process dies.)