Designer not Launching on Linux system

Hi, I’m using Ubuntu 18.0.4 and when downloading and running the designer for Ignition 7.9.10, I’m getting the error: “Error Launching Application: NoClassDefFoundError: java/sql/Date”. I’m running using the command: javaws designer.jnlp on the terminal. How do I resolve this issue?
Thanks in advance.

What version of Java do you have installed? Is there a reason you’re not using the launcher?

I am using Java openjdk 11.0.3 and I am using the launcher, but pressing Launch Designer in the gateway just downloads and runs the .jnlp file.

You should be able to download a native launcher from the gateway home page and then launch the Designer and Clients using that rather than the webstart JNLP.

Starting with Ignition 7.9.10 the native launchers include a Java runtime and it doesn’t matter which version you have installed on your system (for the purpose of clients and designers… gateway still uses system Java).

Hi @Kevin.Herron,
Thanks for that, it worked perfectly and everything is going well now.
Cheers.

After I installed Ignition, it didn’t automatically launch the Gateway, but I was able to manually type in the address. I clicked on the Launch Designer and saved the designer.jnlp file.

I tried to open the designer.jnlp file using the installed OpenJDK Java 11 Runtime, but nothing happened.

I installed Icedtea using “sudo apt install icedtea-netx” and was able to start the Designer application, but received this error message while launching: 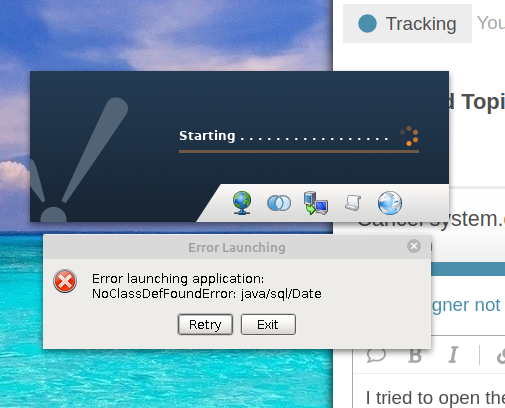 Java WebStart (jnlp) no longer exists in Java11. You must use the Native Client Launcher.

Could you please elaborate? When I click on the Designer button on the Gateway web page, it downloads a .jnlp file. How do launch the native Designer?

Download and run the Native Launcher for your platform. Use it’s Designer Launch button. (v7.9. In 8.0, the designer launcher is a separate download.)