If a window docked to the north can not take horizontal position preference over a window docked on the west then what would be a good solution for the case of having the main navigation tabs on the top but based on some selections (from the top menu) needing a menu on the left of the screen.

I have attached a screen shot of an existing app that I am in the process of converting to ignition. When the “Water” tab on the top is selected it displays the individual station screens which are selectable from the general status/navigation menu on the left.

It would be great if I could dock the water sub-menu to the west without shifting the top menu over to the right. 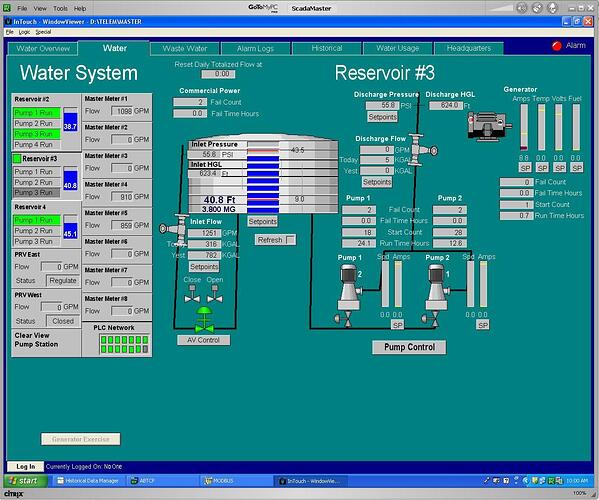 I think that these two things would be good feature requests.

Last post is fairly old: is there any update about giving to the north docked window the horizontal preference?

[quote=“Carl.Gould”]I think that these two things would be good feature requests.

No, this has not been implemented.

Yes, we see that…

Is there any plans to implement this? Because is quite useful…

I don’t see overlapping happening, but the other part about having a preference about which axis takes the most space could happen in 7.7

Most likely it will. It is on the 7.7 list, that’s about the best I can give you at this point.

+1 for being able to choose precedence.

This hasn’t been forgotten and is still planned for 7.7

Hard to say this early. Probably early next year.

I don’t see overlapping happening, but the other part about having a preference about which axis takes the most space could happen in 7.7

It’s been in since -beta1. Have you downloaded the beta and had a problem with this feature?

I don’t get it, Kyle. What are you trying to say?

Yes, I was wondering the same thing