I can’t seem to get the pens to display a dash pattern. The SQLTags Historian Pens preview shows a dashed line, but the chart shows it as a solid line. If I change the time span of the chart I’ll see the dash pattern for a split second and then it turns into a solid line. What am I missing?

Have you adjust the Dash Pattern?

If not, the dash pattern can be adjusted in the Easy Chart Customizer. Select the pen you want to edit, then select Dash Pattern in the Style section. This can be set by pixels on pixels off. so if you adjust it to 5,5 that will specify 5 pixels of line and then 5 pixels of no line.

Yes I have adjusted the Dash Pattern. I’ve tried adjusting just about everything I can think of to be honest.

If I change the chart scale to Hours and then back to Minutes I’ll see the dash pattern for a split second and then it goes to a solid line as shown in the image. 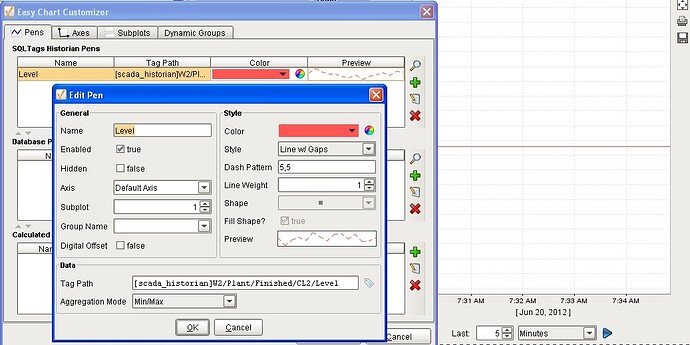 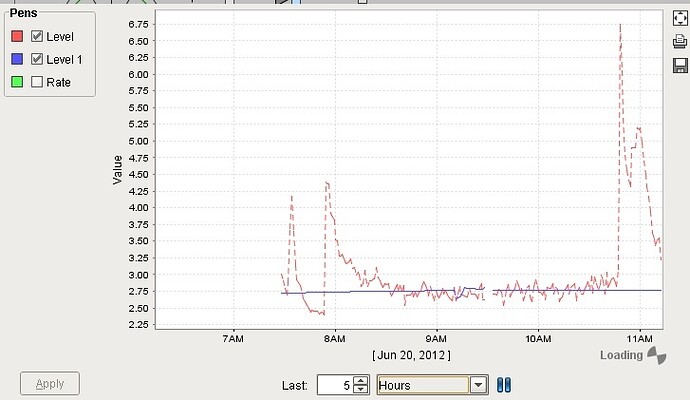 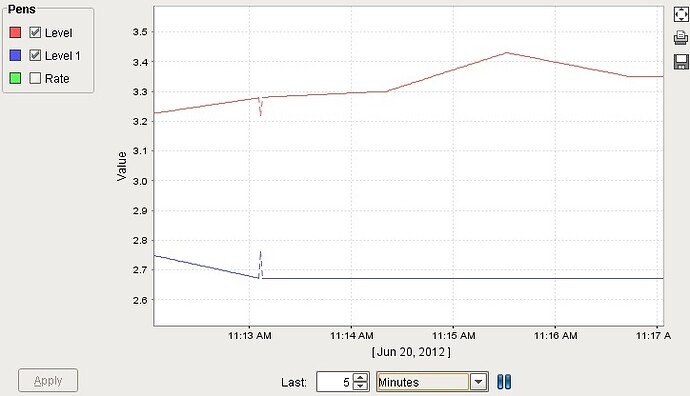 I have played with it here, and your right, it isn’t working properly. I will be putting a ticket in for a bug fix. Thanks!

For the time being I can set the Tag History Resolution to a value that will not fill in the dashes.

Thanks for the added information