EmbeddedView : Change of view with a script

I’m having trouble with a view appearing

according to this value, I would like to display the view that goes with what is in the “security” folder
(on the second screen)

So I wanted to know if there was a function already defined or how I could do? 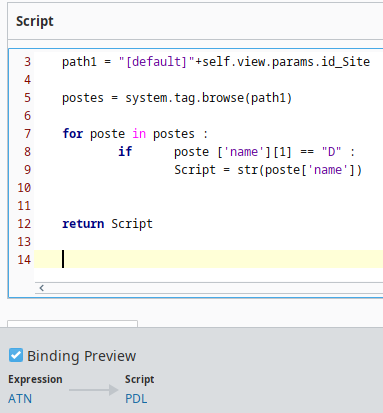 I’m assuming this is a binding on the props.path.

The path has to be fully qualified, not just the name of the view so the result of your script needs to have the full folder structure included.

Yes, it’s a binding on props.path

But to bring up the view, I have to use a specific function?

No, if the path is valid, so long as it isn’t referencing the parent view, the embedded view should display the view the path points to.

It refers to the good path, but does not views sight…

I am surely making a mistake 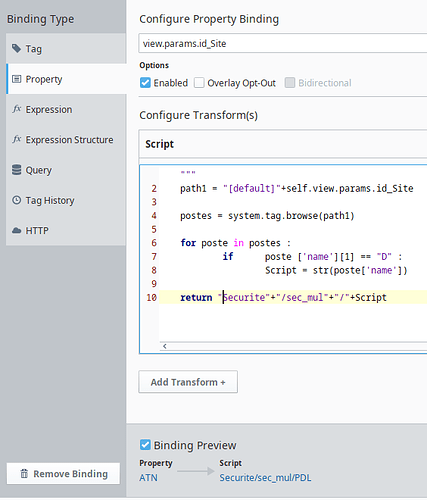 @Valerian_LADIEU
What you’re trying to do is not clear, maybe try explaining in french what your goal is ?
By the way, I sent you a pm the other day. I believe we’re working on the same solar farms !