I’m playing with the Time Series chart in perspective and there is something I would like to do. I’ve kind of already done it, but it doesn’t behave how I’d like it to.
Basically, I want to put an “alarm” range as an area behind the trend line I’m monitoring, just like the attached image. 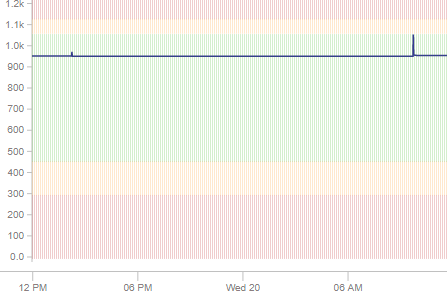 What I did there was use markers and configure the width, opacity and dashArray of the line. This works to a certain degree, but since the area is not attached to an actual value once the chart resizes the areas don’t look as they should. Is there a way to do this in a way that works more consistently? I’ve considered using “constant” historical tags and just stack areas on top of each other, but I don’t think this is very efficient.

Any suggestions or ideas?

Hi @roberto.camp, that’s a decent idea to get the “alarm range” type of display that you’re after. …and it’s a clever use of the line marker! The best you can do right now with markers would just be to put colored lines at those edge values since the line is currently the only marker type. That doesn’t give the range display that you’re after, though. We had intended markers work in this fashion, but just haven’t had a chance to build a “range marker” yet. I will open a feature request.

Thanks for the reply, I had done what you suggest before this, and functionally it works fine, but it’s not as visual, so it’d be nice if this feature goes through.

I am looking forward to this feature, is it still in the development plan ?

Thank you in advance.

Any updates on this?

Would be nice to have the option to declare the marker width in ‘value’ wrt. the y-axis, and not in pixels as it is now.

In the below figure, the marker is just defined with a width (in pixels) to show what the desired effect is. 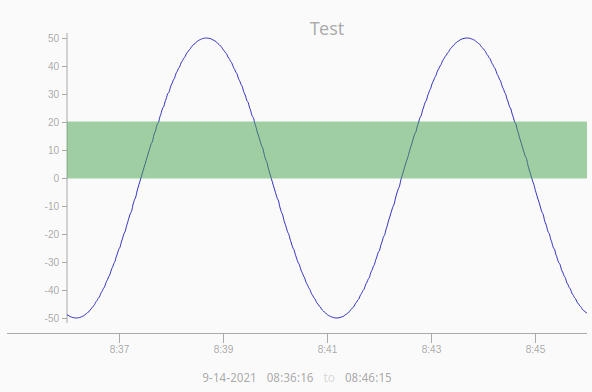 This still needs to be worked. I just gave the ticket a bump.