After you try to open it you can go to System Preferences > Security and Privacy and click “Open Anyway”: 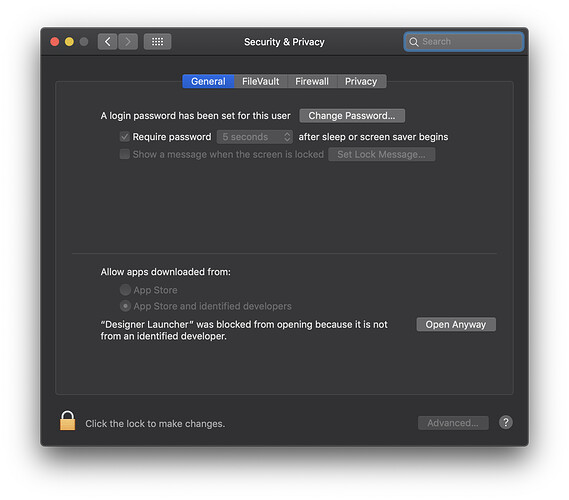 Can I make an improvement suggestion for a later version, that you can download a Designer Launcher from an identified developer? I feel so unclean bypassing security features like that.

It’s even worse if you’re on Catalina

I think you have to also specifically right-click > open on Catalina, and not just double-click.

Getting the launcher signed and notarized is something I think we’re working on.