unfortunately, you’re stuck with the tag names in the tag browser

I kind of “fixed” it by using the translation manager… That’s the only way I found to work around unreadable tag names.

Found a couple other things:

The axis in my opinion should still have all the information you need. Something like this:

And this is what I meant about displaying sampled being unusable. (the higher you increase the # samples the more stable it is, but this is at default settings)
This is server CPU and memory usage. Notice the ups and down change every second, and sometimes large spikes from 30% to 70% and 80% appear and then disappear the next second for the same point in time.

I just want to send my support on this topic. Power chart should be better.

Apologies for the ping, but it has been several months since these tickets were created, I looked for and have seen no movement on the nightly change logs, and we have several users breathing down our necks wanting the data to be returned “as stored” instead of sampled. Could we get an update on where this ticket stands, and if possible, a timeframe? It would be helpful to know if it’s worth pursuing rolling our own charting functionality or using someone else’s implementation in the meantime, or if I’ve just missed the update, lol.

Thank you very much!

@kirsten.chambers, we just prioritized several power chart tickets for the upcoming development sprint. I also bumped the priority on the “As Stored” ticket based on your feedback.

Thank you very much!

Another thing I would suggest is that when realtime is chosen that trending tags are considered leased or at least make that an option. Last I checked that wasn’t the case and we had to use some custom values to make sure they would update at the leased rate.

I added a feature request to also be able to display units for the pens. Right now we do this via a change script but it sure we be nice to have this developed in.

Usually units are displayed in the axes labels, but I can see adding these to the pen labels as being useful as well if you have multiple pens with different units on the one axis

Exactly we tend to have several pens on the same chart where the scaling of on axis works out OK but the units of the pens may be a little different.

The users need ability to save their own chart configurations

You can do this by saving the configuration to a DB, but a built in way to do it would be nice.

Sounds like a good idea for an exchange component. That way we can also be in charge of it and modify if we need to without being stuck with what we’re given, so to speak, as one solution doesn’t always meet everyone’s expectations or needs. But at least with an exchange component, everyone isn’t starting from scratch each time

this is all great info. Id like to add a few that i am trying to overcome to make this tool more useful for my group. When dev is being done and the project is saved it wipes out everyone’s current charts they have open. we have tried implementing the project update countdown to give time to save what you have open. However, the window pops up right over the save chart controls and i cant for the life of me figure out a workaround. anyone solve this issue? 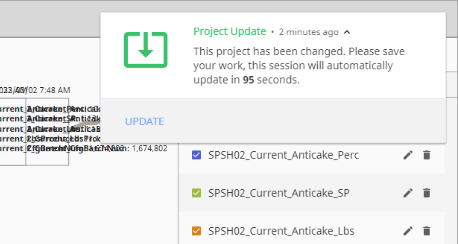 the other one is our save / Done button is covered by the maximize button on our screens, another one i cant seem to find a fix for. 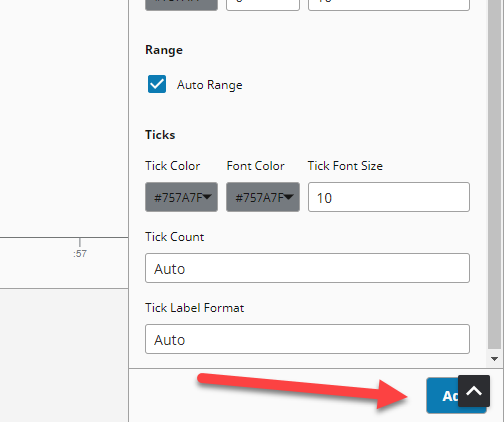 any help would be very appreciated

I kind of “fixed” it by using the translation manager… That’s the only way I found to work around unreadable tag names.

Is that using English Alternate translation or another language?

And this is what I meant about displaying sampled being unusable. (the higher you increase the # samples the more stable it is, but this is at default settings)

Do you recall the number of samples that worked for you?

I’m getting a weird line from the bottom up when point count is increased from 300 (default) to 400.

The GIF is only showing the line sometimes but on the screen its always there.

I usually at least double the default samples to 600, but it really depends: 1) how often you’re capturing data, 2) how often and how quickly values change, and 3) the time window you’re looking at

Can you link to this please? I’d like to upvote it

Maybe we can get some empiric formula using those 3 variables

Is that using English Alternate translation or another language?

English alternate if you want to translate to English, with the real tag name being the key.

We’re on the fence about switching our process data historian needs to Ignition until the Power Chart is improved. Among the many features we need to see to justify a purchase right now: