Is there any way I can force release the views? I cannot restart the gateway, as it has multiple projects running onsite.

There are no locks placed on views/windows/templates anymore in v8, you now have the ability to resolve conflicts of multiple users make changes to them. So you shouldn’t have any issues opening them, unless they’re locked for editing from a parent project 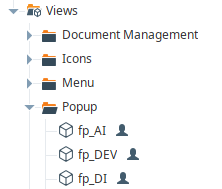 Any advice to resolve it?

If these are Window’s operating systems, open the task manager on both systems and make sure there aren’t any errant designer processes that need to be forced to quit.

I have reboot both station. Still no help.

I reckon when I close the designer on the remote station, there’s a glitch while reconnecting the server, which may caused the issue.

Can any IA developer help out?

Does anyone encounter similar issues?

Sounds like you need a gateway restart at your next opportunity.

I agree with Phil, I’ve seen this on occasion. Gateway restart should fix the issue. I’d close the designers first just in case.