Just curious, since we don't have a "Water Cooler" forum,

My dad got me into this game years ago and it is a lot of fun, especially if you get a good group of people to play with.

Never heard of it. I watch an occasional walk through every now and then, so I can maintain my cover with the nerdy gamer types at the office, but mostly I stay away from gaming for productivity reasons. What do I need to know about it in case somebody brings it up at the water cooler?

For me, mobile gaming is my mental break. I get 15 minutes here and there, sometimes an hour.

To keep your cover, being able to have a basic conversation on the more viable nations, such as Chad. Most people get into the map early and pick the larger countries for more cities and land. But they are harder to defend and move troops around efficiently.

Then there's play style: aggressive or more passive/defensive. Maybe going for nukes early on to wipe out opponents, but having less troops on the ground to defend an invasion.

Hot topic right now is the new unit: Elite Frigate. A beast of a ship, no doubt. GL!

I used to play a lot of competitive games. Starcraft and dota, mostly.
Now, with a kid and a job... I play this.

Ha! I tried that game a while back, interesting but I like a more competitive edge. Got into Clash Royale a while back, tho I don't play much anymore, it's still fun.

I'm a pc gamer, i play ton of stuff on there.
On phone i only play when im on the train, so very short and poor internet connection. So i usually stick with casual ofline stuff. or recently picked up Marvel Snap, very short (less than 5 min) card games, perfect during a toilet break xd I also play a deck that either makes me retreat or the oponent retreat fast so my games are over even sooner.

Oh i remeber back in the day, there was a flash game somewhere that was about coding.
was pretty much my first coding xD 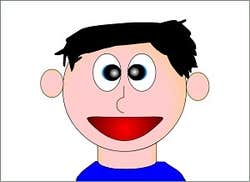 Learn ActionScript 3 (Flash) while playing an RPG game! Have you ever wanted to learn how to code your own game, but felt intimidated by how much there is to...

I did a lot of codingame a few years ago.
Their offices are a walking distance from my apartment...

That is cool! Never thought of coding games!