How to stop Power Chart from adding multiple x-traces and brushed areas?

v8.1.3
I’m using a touchscreen with no keyboard and can’t seem to find an option to disable adding a new x-trace when the operator touches the chart area

I’m sure this might be useful maybe, but not so much when you add 10 x-traces within the same 5% of the chart and they all display over the top of each other. I can’t find a way to delete them either. Same thing for brushed areas: how can I remove the multi-brush functionality?

The clear x trace/brush control appears in the top right; 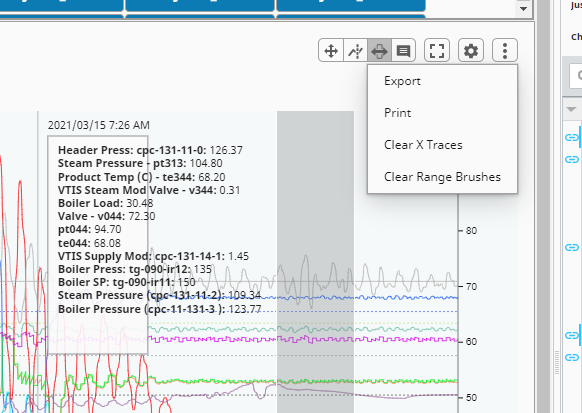 Can bind the interaction controls to disable them ?
( fullscreen = true hides them )

The clear x trace/brush control appears in the top right;

This menu doesn’t show on a touchscreen (or possibly more so when it’s forced to the “responsive” display mode).

Oh god, I saved it in the designer like this and now I can’t get rid of them 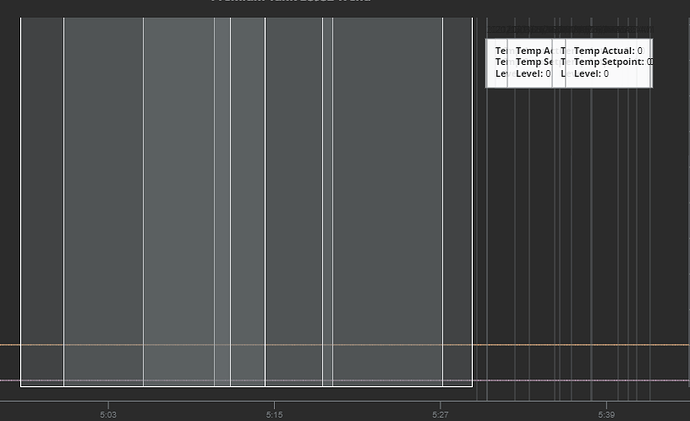 Actually, I didn’t know changing the interaction mode shows different properties. Looks like I can add a change script to the xTrace values and cull extra ones 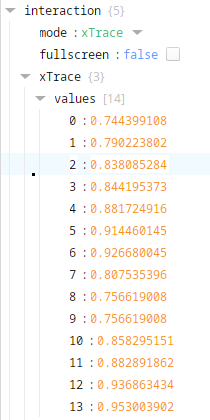 Edit edit:
Actually, x-trace only sort of works…
After time, this happens

Yep, the option for the x-trace values to save on click really needs a disable toggle, it is not intuitive to delete them and impossible if you have a minimalistic setup and all those controls hidden. This can make it feel quite buggy.

I agree this should have an option to disable. I added this to the ideas forum if anyone wants to help vote it up.

I add a property change script in the xtrave.value