I am looking to recreate this Icon animation, I have figured out other animations and transitions in CSS.

I have tried adding a transition: 1s linear on the buttons props.image.icon.style but it doesn’t seem to capture it.

I can’t speak to your specific issue with this animation, but what I usually find is the problem when CSS styles don’t apply is that they’re applied at the wrong level (or on the incorrect HTML element, if you look at the markup). I’m assuming you have a state it will transition to already defined (on hover or whatever pseudo-class you’re using).

I’m not a CSS expert, but perhaps its because the path is not a style? 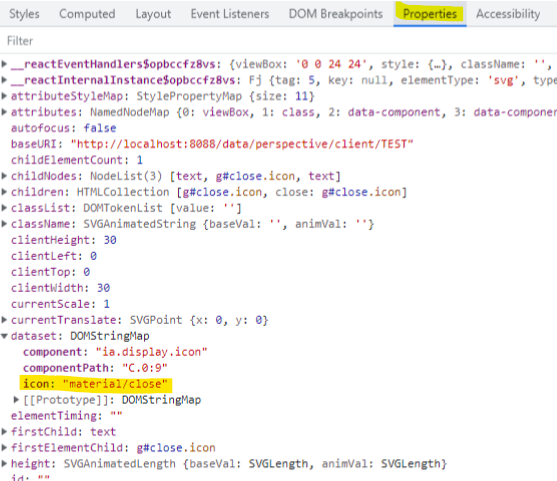 I'm trying to improve my CSS and leveraging it in Ignition and saw this as a challenge since I'm not very experienced with css in general.

You can give rect instances in an embedded SVG a css class that animates it. In my implementation each rect has a 'fold' and an 'unfold' class that animates the rectangle to the folded or unfolded position. Then in ignition I added bindings so that when you click the SVG it alternates the css class attached to each rect between the 'fold' and 'unfold' version. Here's an example of the fold and unfold class for the middle rect

I'm pretty sure this could all be rewritten to use nth-child selectors instead of the separate classes, but have not tried that yet.

Here's a text file with my css.
menuSvgAnimations.txt (2.2 KB)

You can give rect instances in an embedded SVG a css class that animates it.

I didn’t really think about adding my own SVG in place for this, I was imagining with the built in icon but there is no reason I couldn’t just throw together my own? Ends up rendering to the webpage the same anyway.

Any idea why it triggers the animation automatically when the view opens or you go between preview and not-preview?

Yeah it's just running through the animation since that is what it's being told to do. My 'fold' class has the animation starting unfolded and finishes folded.

The easiest solution might be to have the component startup script force an animationName = 'none' in the style of the component from the designer. Then delete that style after it's been clicked the first time. Not sure exactly how it might work, but I may be able to try to get that working in my off time.