The error dialogs gets hidden behind windows like this one 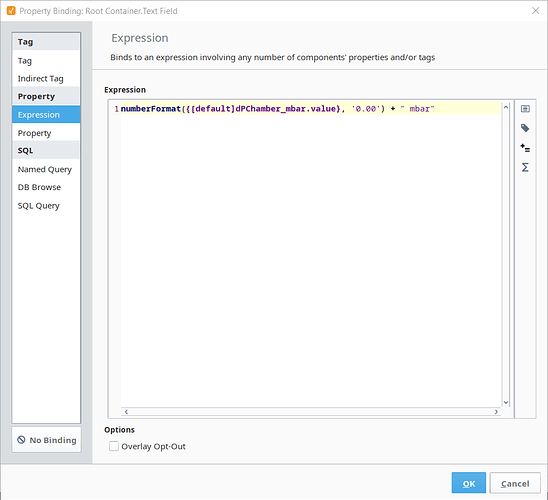 So i have to copy all script (to get the changes), cancel the window and THEN i can access the error dialog after alt-tabbing to it.

Found another bug.
If windows is set to scale lets say 125%, then the mouse pointer and where the curor appears in scripting windows are offsetted from each others.

If windows is set to scale lets say 125%, then the mouse pointer and where the curor appears in scripting windows are offsetted from each others.

The cursor issue in the script editing sometimes looking a character off is a known bug iirc.

I am having the same issue where all my errors are displayed behind the designer.

I think this bug has been around for a while, and documented with IA.

These particular dialogs in Vision are modal, which in Java Swing means they’ll appear over absolutely everything (and while they’re open, you can’t do anything else).

Changing the way they’re created is probably a non-starter - significant risk of regression in Vision’s codebase. You shouldn’t notice the same issue in Perspective, where the way the dialogs are created is different, allowing you to have multiple script editors open at once and in general freeing you up a lot.

@PGriffith but that’s not what’s happening, they are not on top, they are stuck behind everything.

My understanding of the problem is that the e.g. edit binding dialog from Vision is ‘on top’ of the error popup. That’s caused by the behavior I described in my last post. Is that not the problem here?

No, the error popup gets sent to the back and there isn’t a way to gain focus to see it. That’s what I see, plus that’s how I read the first post in this thread.

I believe what @PGriffith is saying is that, in this case the Property Binding popup is modal, which means it will be on of everything, including the error popup.

Not that the error pop up is modal and should be on top of everything. (Though I am sure that it is probably modal too). When two popups are opened as modal it can often be a fight between who gets the focus.

Oh, gotcha. So the error popup is useless then.

Well, useless in this context, yes. I’ll see if we can do anything about it.

Does there need to be a popup, can you display any errors at the bottom of the current dialog?

I can add another bug:

In scripting dialog, pressing ctrl-A has a wierd selection behaviour.
At first Ctrl-A, it selects all from here cursor are placed at and down, second ctrl-a, selects all below the last """ in the configureCell part.
Expected behaviour: one ctrl+a selects all text from character 0 to the end.

I think, in the programming if the focus is kept in the ErrorBox instead of return it to the calling window it will solve the issue.

I have the same issue. Now i changed my screen resolution and fix to 100%. Its working fine.