You’re using the OPC-COM module to connect to Kepware, correct?

I have a opc-da polling server, and I use the kepware opc-ua wrapper to connect ignition opc-ua.

You’ll need to view the quality through another UA client then. DA quality codes and UA status codes aren’t the same; whatever quality code 20 is when using a DA client is going to be something different in UA.

What’s probably happening is that we don’t have a translation defined from whatever the UA status code is to the set of known data qualities you see in Ignition. When this happens you get DataQuality.UNKNOWN.

can you recommend a ua client to use?

If you can’t get Kepware’s quick client to use OPC-UA (I have no idea how or if it’s possible), then there’s always UaExpert, which is free.

It looks like 20=“Bad, showing last value”, which probably doesn’t have a mapping. I’ve never seen this quality used… but doesn’t mean it shouldn’t be mapped. With SQLTags, some qualities allow the value to be used, and some don’t, we’ll have to map this so that we can specify it to allow the value to pass through.

fwiw it works fine for opc-da thru the opc-com module.

Is this something you can fix for a pre 7.3 release?

Is this something you can fix for a pre 7.3 release?[/quote]

I installed uaexpert and was able to connect and get the status code. I believe this is what you need right? once I put the tag back in good quality the statuscode just says good. 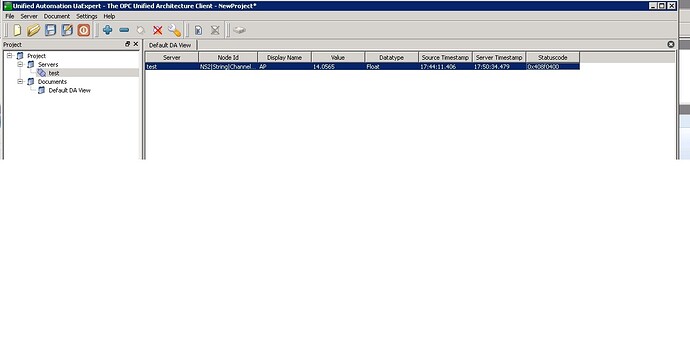 I’ll add a mapping for this and it should make its way into a 7.2.10 maintenance release.

awesome, this is going to really get me out of a bind. any idea when the 7.2.10 is going to be released?

Doesnt look like this got fixed. Just upgraded to 7.2.10.208 and still having the same issue.

Ah right, that’s my fault. I totally forgot about this.

I went to add it, but then decided I should gather some other opinions on what DataQuality this should actually map to. Then I forgot to follow through

you are killing me Kevin. lol

are you gonna do another 7.2 release and if so any timeline on when it would be published?

Yeah, I’ll talk with Colby about it today and we’ll do a 7.2.11 some time. I’ll also push out a beta that contains just that fix once I make it.

Let me know if you need something different.

Looks like it works. the overlay still shows unknown but the values are holding.