Ignition server need to be a server?

Does the Ignition server need not be a true server? Would a Dell Precision with 8GB of memory work as well?
It will be storing the MySQL data and the Ignition database/configuration.
I will be monitoring and controlling 10 pieces of equipment at around 30 analog points and 500 digital tags for each piece of equipment.

I’ve run Ignition on a Dell OptiPlex on previous jobs that didn’t require much in the way of redundancy. Worked just fine. One project was monitoring around 200 analogs and 350 discretes, with quite a bit of timed scripting in the background.

Ignition can run on many kinds of computers. From low-end whimpy spec computers to high-end powerful computers. It depends on what you want to do with Ignition.

Specifically to your question, I have been using a Dell Precision T3500 (8Gb memory) as an Ignition Gateway with MySQL on Ubuntu 12.04 for 9 months or so. This one has about 4000 tags to 3 controllers (ControlLogix, CompactLogix and Modicon), database connections to both the local MySQL and corporate MSSQL databases, and typically 6 clients. It’s running about 2-3% CPU utilization for Ignition, so I think it’s safe to say that it could do a lot more…

What would be a recommendation for a computer that will sit inside an electrical panel? It’s purpose will be to serve as a gateway for about 100 plcs and 50,000 tags?

The key to use in an electrical panel is usually temperature tolerance. Plus adequate cooling to dissipate the heat produced by high-performance CPUs, to keep the panel interior under the limit.

Not so simple for the heavy load you suggest.

Yep, the OnLogic fanless models only go to quad-core, you’d definitely need your DB on a separate server for 50K tags.

This could be an option if your enclosure was large enough; 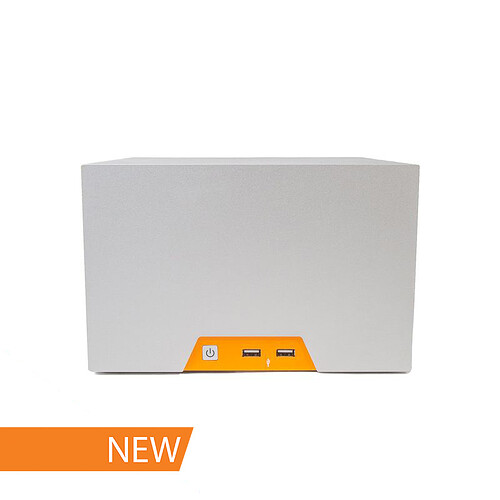 The MC850-70 is an edge server with PCIe expansion for data aggregation, analytics, content caching, and machine learning functionality at the edge.