Hello. I am working on a NODE RED flow and the broker is setup using the Ignition Web interface. I am trying to use the Ignition Tag Module in NODE RED to read and write the data from and to the Ignition designer tags via NODE RED. 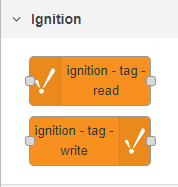 An illustration of my flow is shown below

When I deployed the flow in NODE RED I get the following error :

I’d like to request for help with this and thank you.

Connection refused is a straightforward connectivity layer issue. Check your firewall(s), the ports in use, etc.

Thank you. How do I allow ignition through the firewall? I have it running on chrome and chrome is already allowed to communicated via firewall.

Another observation is that that error seems to be indicating connection attempts to 1883, which would typically be an MQTT broker. The Ignition Node-RED Module and the associated Node-RED node look to intend connectivity to go against the Ignition Gateway itself (i.e. 8088/8043). 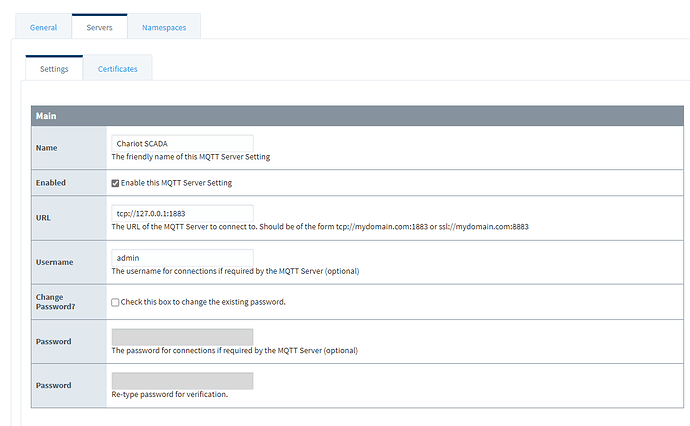 Sounds like you’ll want your ignition tag read node pointed to a server defined at http://localhost:8088. Something like below: 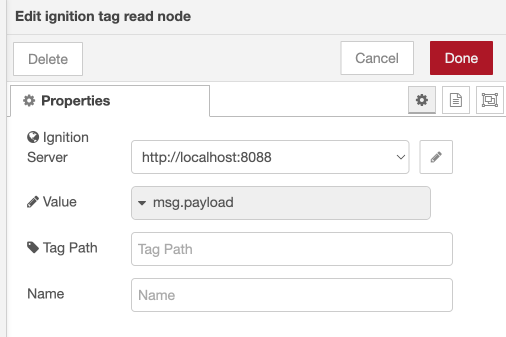 Also, it looks like if you want to use the dynamic behavior, based on the docs, you supply msg.payload.tagPath, such as in your inject node, e.g.:

That should net you a successful read, assuming you’ve entered the API token and associated secret password in the ignition tag read server configuration:

I did the same changes but I still run into the error. 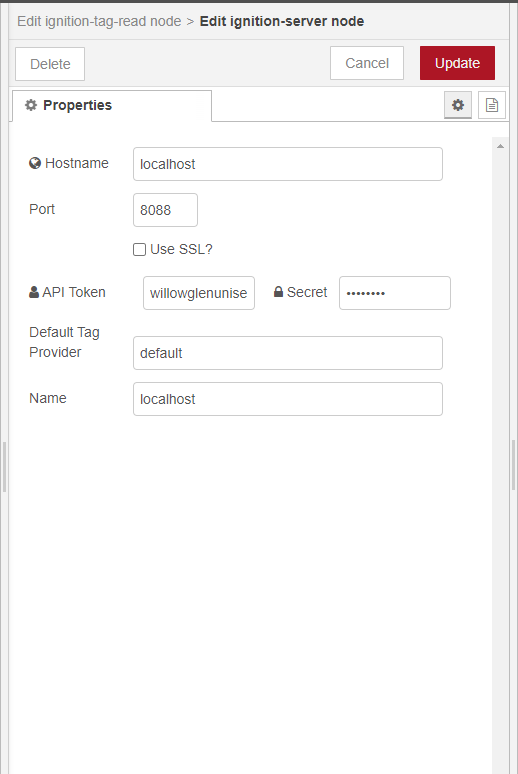 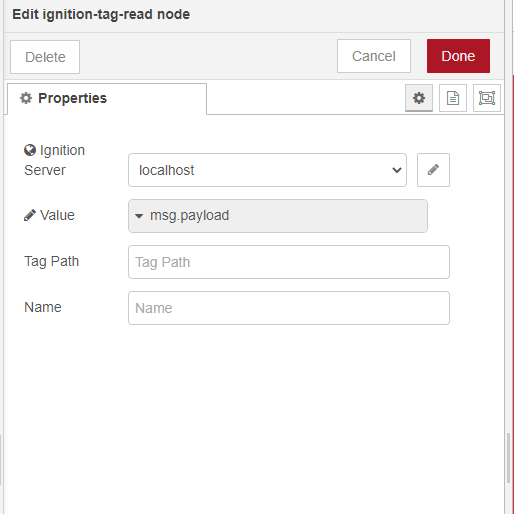 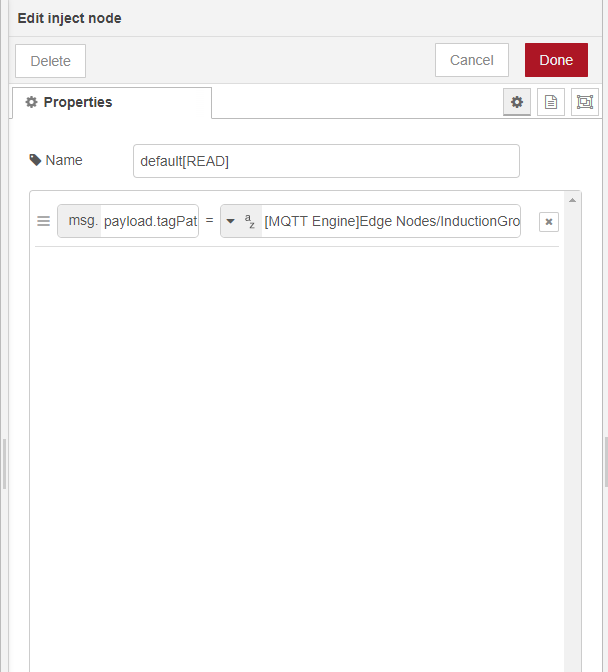 Just out of curiosity, any different behavior if you use 127.0.0.1 instead of localhost?

Now it is a .json error

I have no idea what it’s referring to cause I do not have any .json code in the input 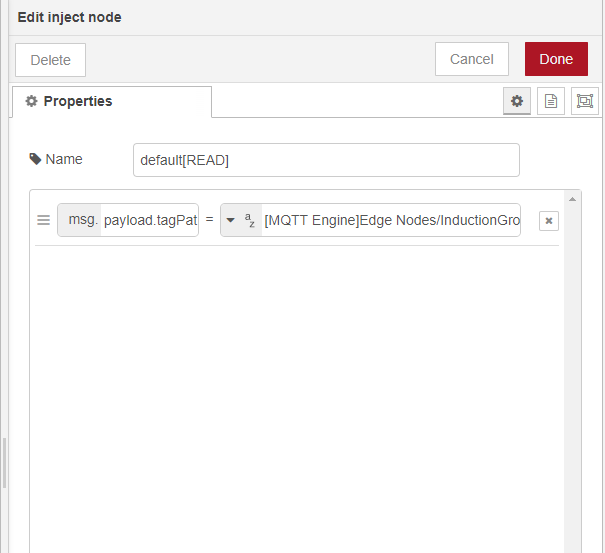 Hmmmm, I’m not sure. You might try recreating the server definition by editing your ignition-tag-read node, then editing the Ignition Server and trying to Delete it. Then, reconfigure it. It seems odd that your Ignition Server node doesn’t show the same as mine: 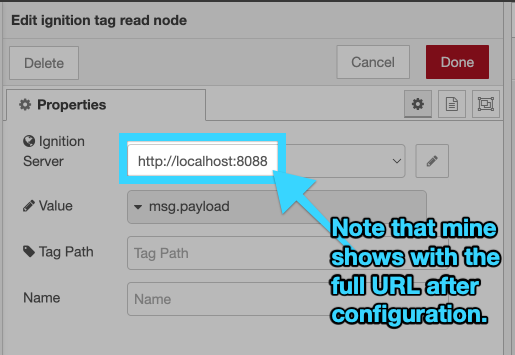 For what its worth, I tested this on:

I got the exact same version of the software and applications as mentioned above. I dont understand why this module won’t work, I am working further on this and I appreciate your time. Thank you @kcollins1

HI All, i'm having issues with reading tags from Ignition on Groov Opto 22 Epic PR1. I have installed node red on Ignition OPC (7.9 Ignition), installed Epic node red node on Groov's Node Red (v2.2.2). I'm creating a simple setting to read the tag from the server. It shows CONFIG_ERROR. Please see screenshot. If you could please help me out i'd greatly appreciate it. I have creted the token and authenticate it on Node Rred.