I have noticed that sometimes a very large number is displayed as an Infinity logo.
Haven’t quite figured out when this does and doesn’t happen. I didn’t think it was in a specific version of ignition, but my 2 examples are from difference versions.

Anyone that has worked with AB’s PlantPAX AOI’s knows that the default value for an alarm limit is +/- 1.5e+038 which in turn basically just means it hasn’t been set, or it’s not used.

Here are 2 faceplates (all the same code behind them.)

The first is from 7.9.13 and it shows an Infinity Icon on the 2 large numbers. I really like this, as it better portrays that these are not being used. 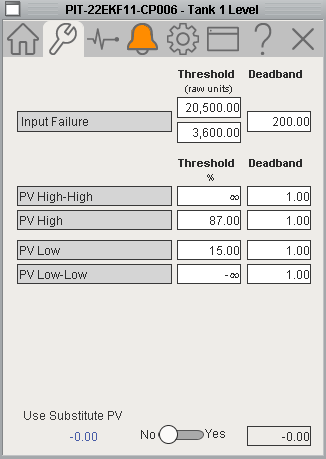 The second is is from 8.1.4 (It was originally just imported from a 7.9.13 backup with minor changes.)
No more infinity icon, now it just shows the large number, but cut off. 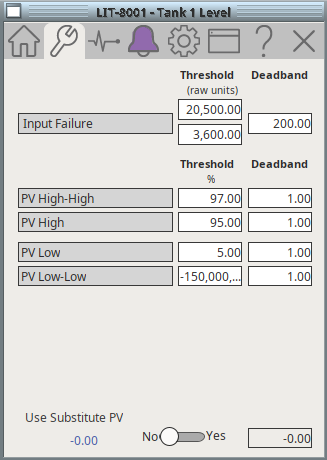 Any thoughts on how I can get the infinity icon to automatically populate again?

In all reality, this doesn’t affect anything, just a nice to have…

I’m surprised PlantPAX doesn’t have bools turn turn each of the alarms off to be honest, seems like a good thing to have

As for your question,

I’m surprised PlantPAX doesn’t have bools turn turn each of the alarms off to be honest, seems like a good thing to have

They do have bools to turn each alarm off and on, But that doesn’t have anything to do with the question I’ve asked.

The setpoint as always there regardless of the alarm being on or not.

I thought so! I haven’t used PlantPAX before, but know there are like 500+ tags for a single analogue input instrument, so some of those must be alarm enables