Ignition 8.0.16
In the Schedule Tab on a Report, is it possible to reference one parameter with another parameter? I have added a screenshot because I can’t think of another way to explain it. I have tried with curly braces but it’s trying to process as a regular tag. I have tried using @ and ? with no luck. 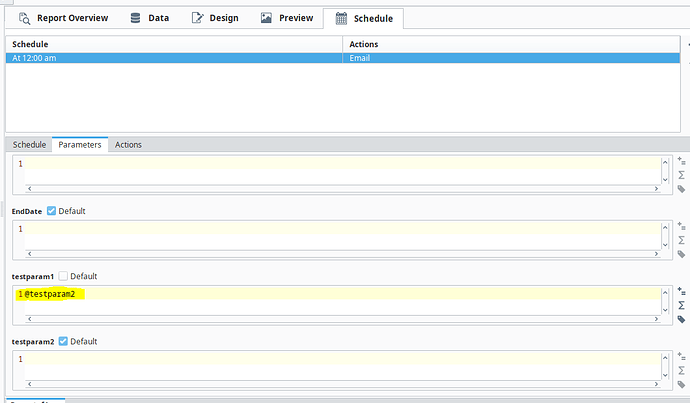 I think I may have figured out a solution. I will create the substitution on the Data tab first and then reference it later. Need to do some testing but seems possible. 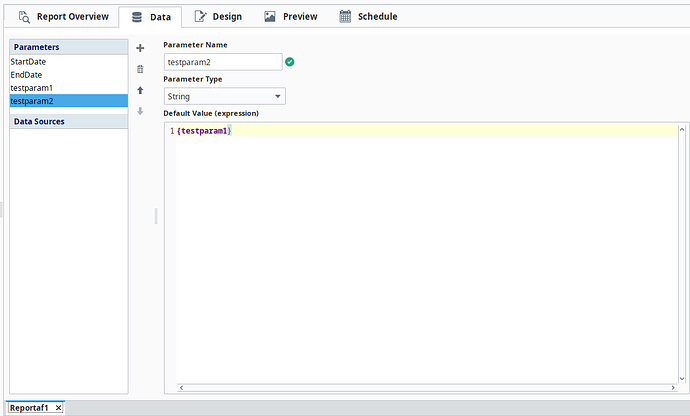 The schedule is used to kick off report execution, so it not accepting a parameter that won’t exist until it executes is to be expected.

I really need to be able to reference that parameter on the Schedule tab.

This doesn’t make much sense. Whatever expression you put on one can be put on the other. If the expression has side effects, put it on an expression tag and use that tag.

Thanks @pturmel. I understand what you’re saying about the parameter not existing until execution. That makes sense.

I was trying to figure out a way to make a Scheduled report a little more dynamic.

Don’t use the schedule and do it with a gateway event.

Then you can loop through or build any param set you want and make as many copies or whatever you want.