OK, so I am trying to interface with a MiR 250 Robot.
At this point I need to simply supply a list of "Missions" stored in the system.
And then have the user select a Mission and put it in the robots queue.

I have no problem with the get request, but get a 400 response when using a Post to send it a new Mission.

This is proof of concept, so the Mission value is hardcoded but it is correct.

Here is a working example from their documentation for context. 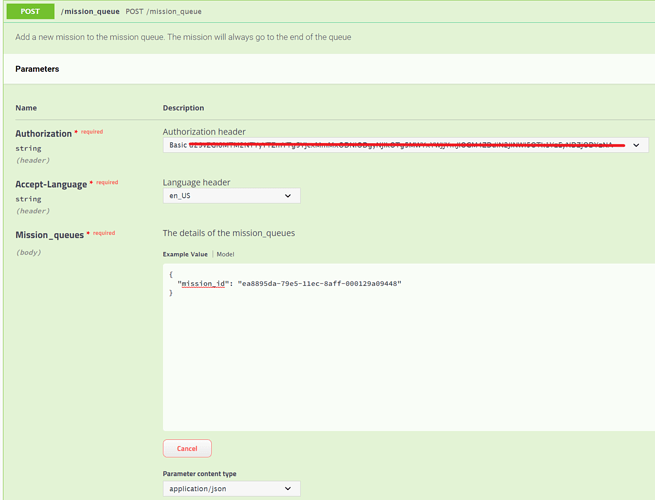 Any Input would be appreciated.
Thanks,
Brandon

What version of Ignition are you using? If you're on 8+ I'd start by switching to system.net.httpClient.

Yes, I am 8+.
I started with some older sample code, so that would explain the json.

I tried updating put am still having the same result.

This is what I tried.

You probably want data=mission_id, not params, based on your documentation.

That did the trick, Thanks!!