Move cell value from one cell to another cell in power table?

Is it possible to move cell value from one cell to another cell in power table?

By clicking the cell or any button to move?

How are you populating the table?
i.e. dataset, query etc…

In my screenshot in system suggested column i have added arrow. Is it possible to arrows like this and user clicks that’s one… It should update

Yes, but it’s not easy.
You would need to create your own TableCellRenderer implementation.
There’s some posts on the forum with sample code, and I’d suggest reading the documentation for an overview of the concepts:

How to Use Tables (The Java™ Tutorials > Creating a...

Hi i found a way by adding script in configure cell 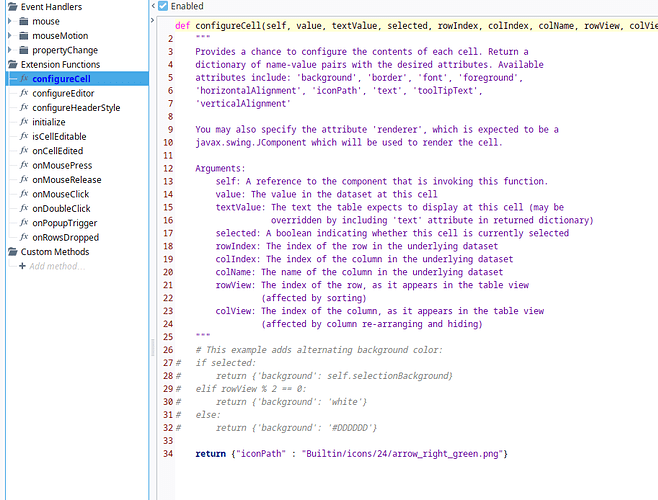 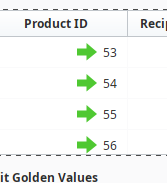 Is it possible change the icon position?

I want to show icon one column only

If colname == ‘suggested column’
Like this i need to mention right?

You could use a separate column in between the System Suggested and Manual Entry columns to hold the arrow icons. You call the column Update and use the arrow icon as a button

So we Can’t able to change tha icon position to right side right?

You probably could, but like @PGriffith mentioned, it won’t be trivial and would require some Java. It makes much more sense to just add another column.