Not able to Receive Messages on Client

I’m troubleshooting a program that is able to send messages, but not able to receive it on other clients.

Other than user error, I’m not sure where else to look for a problem. I’ve attached the code of the button, just as a reference

Any thoughts would be greatly appreciated!

More data is needed. Can you show a screenshot of the client message handler that is supposed to receive the messages?

Does this help? I think that this is what you’re asking for though, right? 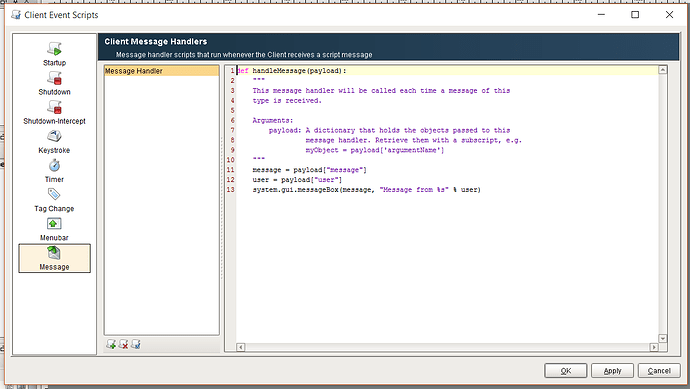 Yep, that is what I am asking for and it helps a lot.

So by changing my code to

Or by changing the name of my Message Handler to “Handler” would fix the problem? This being said (and assumed), is one better than the other?

Yes. Either one will work. One is not better than the other. The naming is arbitrary.

Awesome, thanks so much!