I want to fire a script when you click on the cell with a boolean value in the table but it doesn't appear to fire the alarm. As shown below in the screenshot the event fires for numbers and strings but it does not work for checkboxes.

I have also noticed that the EditCellCommit event for boolean types (checkboxes) also have a different event object to strings and numbers (it doesn't have the RowIndex element, only Row) which is also annoying 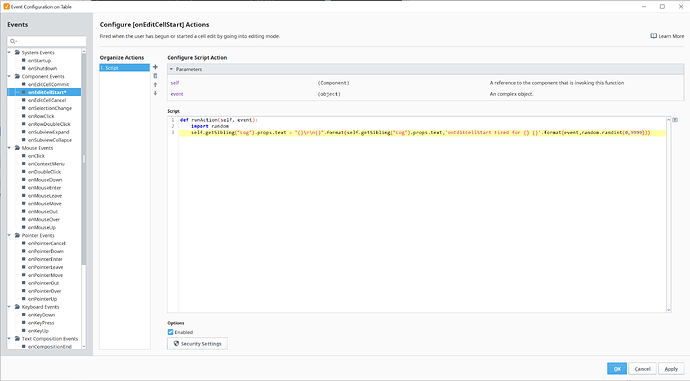 As far as I remember your checkbox component must be in a view in the table cell - not in the cell itself. That means that you're not editing the cell, you are performing an action on a component inside a view inside a cell.

I've used this in the past but don't remember the details. You might have to use a message handler from the view back to the cell.

The checkbox is just how the table renders boolean elements. I have it in auto mode which means that is shows true/false as a checkbox. If I sent the render as "string" for example is shows as "true" or "false" and in that state it will trigger the OnEditCellStart event (but will not in the Boolean Render mode) 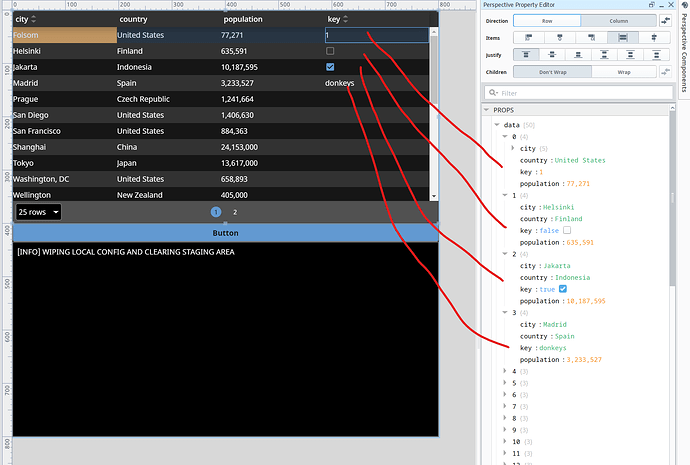 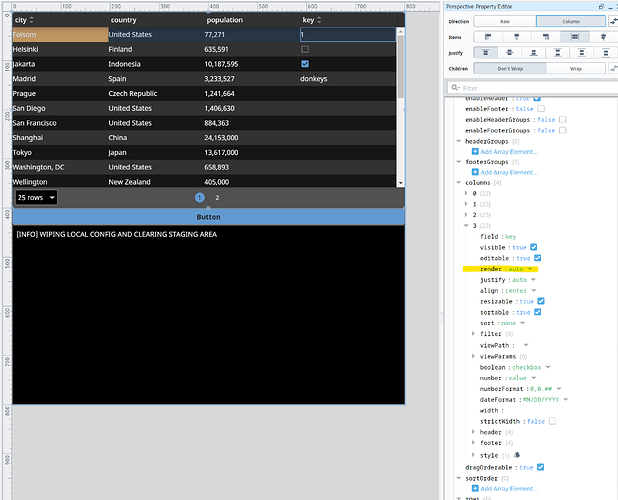 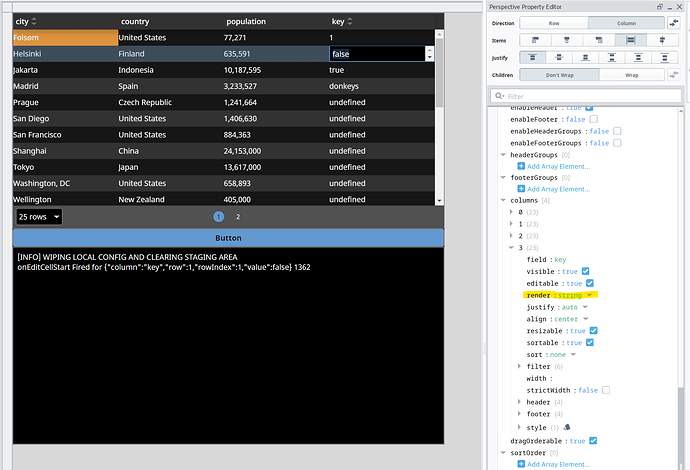