Hi,
I am working on ignition version 8.1.14.Perspective project. Since the keyboards are not available on the perspective touchscreen workstation. I am trying to use the Numberpad from the demo project in ignition exchange as a popup for numeric entry of setpoint. I have used message handler to pass the output number (parameter) from the numberpad into another view and trying to write the value into a tag. I have written a script onclick to openpopup "Numpad " . I have different/unique id for each popup.
However, When I enter the number into one of the “setpoint numeric field”. It also changes the value of other setpoint numeric field.
Can you point me into a right direction to write the value of the number pad into separate tag. without overwriting each other.
Thank you, 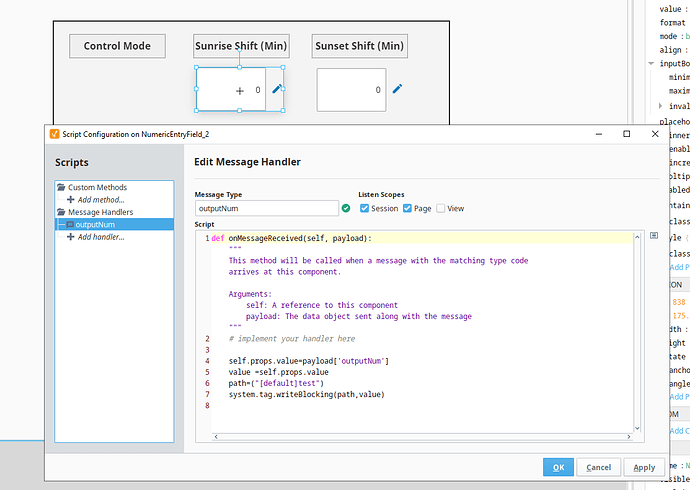 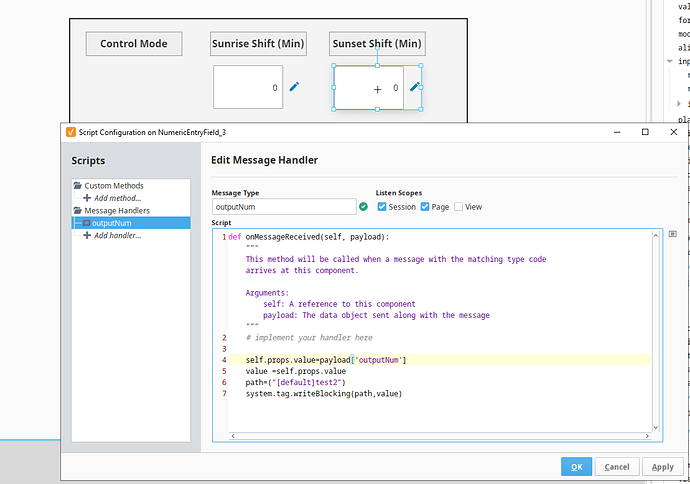 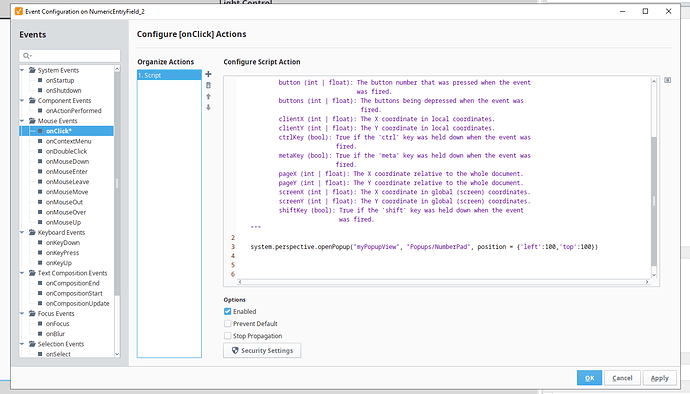 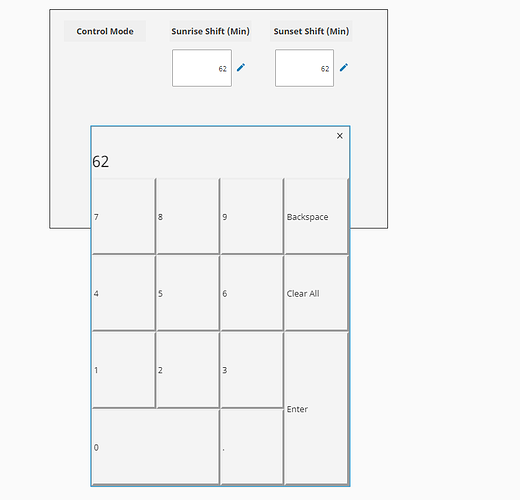 The message you are sending (“outputNum”) is being yelled out to the current session, for anything to hear it. BOTH of your inputs are listening at the session level for a message called “outputNum”, so they will BOTH hear it.

If you want your two inputs to hear mutually exclusive messages, I recommend passing the ID of the popup as a parameter of the popup and incorporating that into the message handler.

Then reference the popup in use as part of the sent message:

Then you just need to modify your listeners/handlers to use the new message handler name they should expect: “outputNumSunrise” or “outputNumSunset”.

I’m interested, What’s an overlay keyboard and how would you implement one?

if you are on windows (10?) press window+ctrl+o
pretty sure they all have a standard one called “on-screen keyboard” (OSK).
though it might have to first be enabled in setttings => accessibility => keyboard or something.
There should be ways to pin this on the footer or as an overlay.
Ive also installed somethign like this for linux, i forgot the name tho

Ah, I thought you might have meant some fancy Web browser one. There was an issue with workstation not working with the Windows osk which was an issue I reported on here a while back. I believe it’s fixed but havent had the chance to test it yet though.

Google chrome seems to have one too as plugin.
No idea how you would install it on jxbrowser (workstation) in igntion tho.

And there are also apps not from windows, which might work idk?