We’re trying to install it on a macOS Catalina, and the java version we have installed is Java 8 Update 271.

Are you sure Java 8 is installed and that’s the version of Java on the PATH and being used to launch?

If you open a terminal and run java -version what do you get?

This is what we got from the client 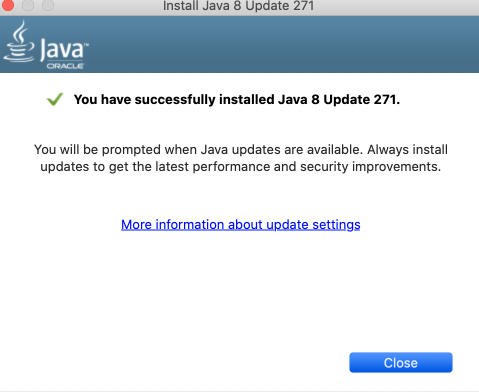 Checking now what we see on java -version

this is what they got from java -version

So that’s going to be the issue then - they are launching with Java 15 instead.

Are they launching via JNLP or Client Launchers? I think the launchers allow you to specify a path to the Java version to launch with…

They’re trying to lauch with client launchers, would launching via jnlp be easier?

So we just need to set the path for java?

Launching with the JNLP will probably fail as well without the correct version of Java being on the path.

I thought I would see atleast 2 versions of java but i’m only seeing one here. So I’m guessing java 8 version did not get installed?

It looks like their latest version of java is 15.0.1 so we just set JAVA_HOME to that version.

Does the older version of ignition does not work on that? Or is this still a java issue?

The older version of Ignition will not work on any version newer than 8.

I see so we need to downgrade. Let me try that

Do they need to install the jdk or jre version? Cause it looks like its looking for jdk

Either should work but it’s usually easier to find a JDK to install.

I’ll mark this post as solved. What we did was we downgraded to Java 8, completely uninstalled java, installed java 8, then to make sure, we set the java_home path to point to java 8.

Thanks for coming back to update.

If you ever get a chance to upgrade to newer versions of Ignition this whole Java version thing is solved - we include the necessary Java runtime in both the gateway and all the launchers, and the end user can have any version or no version of Java installed, it doesn’t matter.