Reporting - Accessing values from Script Source in an SQL Source

Can access datapoints from a script source as a parameter for SQL queries?

The values are being passed, since I am using them elsewhere in the report, but my query data sorces don’t seem to return any data even though these are populated. I’m not sure if I’m just accessing them wrong? or if I’ll just have to move the queries into the script as well. 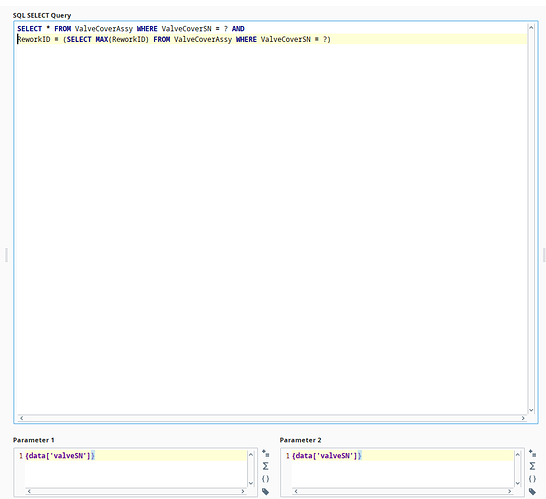 Remove the data[] from the parameters. Use just valveSN in the example above. Note that the order of data keys matters–queries that use keys from your script must be below the script in the list.

Thanks for saving me yet again haha. I thought I tried that, but maybe I had something else wrong when I attempted that the first time.