EDIT: I upgraded to 8.1.13 on a test gateway and as it turns out this issue has been fixed.

I’ve encountered an issue with the power chart where after an amount of time or configuration change, the client starts to spam requests to fetch the current series data (fetchSeriesdata) and annotation data (fetchAnnotationData), resulting in a surge of SQL queries on our gateway. It is super easy to recreate this bug. With a large props.refreshRate configured on the PowerChart component, i.e. 60000, the chart should only refresh after configuration changes in 1 minute (60,000 ms == 1 minute). So I should not see any frequent requests to fetch series data or annotation data greater than 1 minute.

It seems I can wait until that timer clears, OR change configuration of the power chart, i.e. changing the realtime date range, and then it starts dispatching requests to refresh the series data and annotations too frequently. Nothing in the view is updating the state of the PowerChart component, there are absolutely 0 bindings of any kind to any of the properties on the component. No other running scripts actively update any of the properties on the component. I believe this to be a client-side timer bug in the PowerChart.

See below a chromium network debug log, starting out on a view with a powerchart configured with some data points, then after less than a minute it starts pushing out requests to fetch series data and annotations much more frequently than I have configured (1 minute): 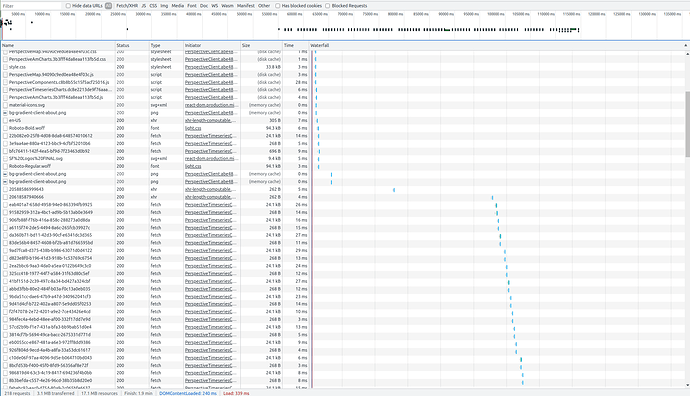 You can see the stack trace for the first request, which is fetchSeriesData 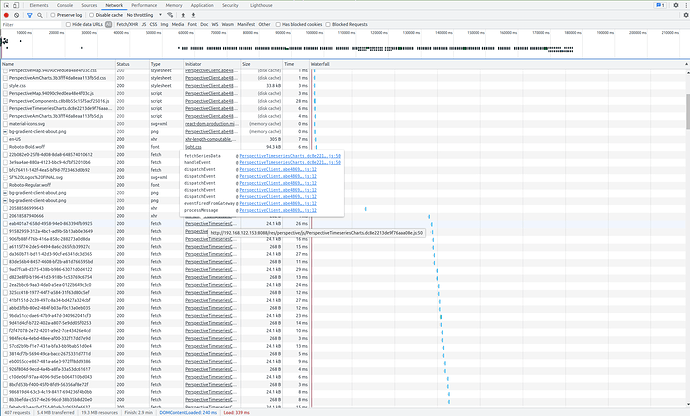 Then, the stack trace for fetchAnnotationData 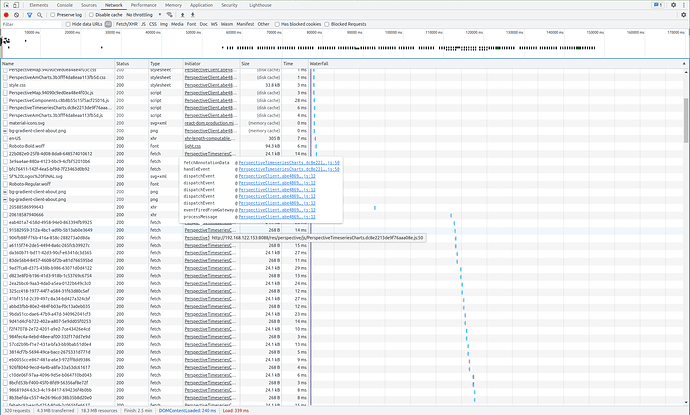 After about 4.1 minutes, we’ve made 625 requests from the client and 21.9 MB of data has been exchanged, which is roughly 2 requests per second. 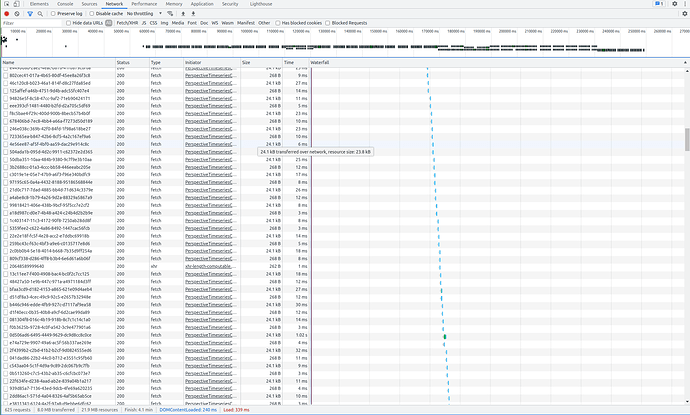