Just some further details on thi ssee if its possible in the attached image of a tree structure with the selection show can i get a string with the following or similar value:

Either with or without the number of results at each level.

This string would be used on top of a generic report to show what data was selected to generate it. 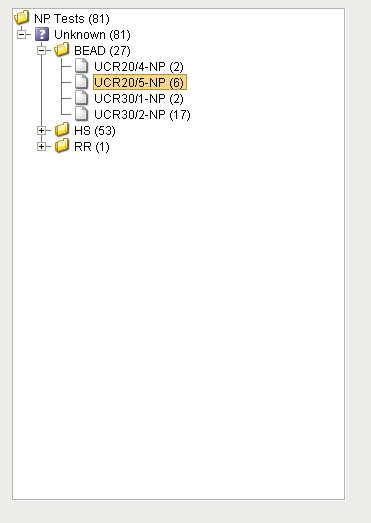 If I remember right, you should just have to put the selected path into a dataset. then use that dataset in the report.

Any pointer to where i should look

Here is a sample project that has a tree control and two labels. When you select an item in the tree, one label shows the complete path, the other one shows the selected item index/row number in dataset.
test (2012-02-22).proj (11.6 KB)

Thank you for the project, I have confuse you with the image I posted its not a Tree Control Im using it is the Row Selector from the reporting components tab, Although, this displays as a Tree it has a reduced number of properties available compared to the tree.

Appologies for my naming of the image…

I was wondering if that was the case when I created that project and noticed the selectedPath was a basic property.

No harm done. Sorry I can’t help you with the reporting module. Never used it.

Just a nudge on this topic if anyone has an answer or should I put this in as a feature request !

I think you need to post a feature request because the hierarchy is dynamic.

Will Do, Thanks Travis

Any further developments on this?
I need to do the same thing - want to generate a default filename for saving a report, based on what was selected using the Row Selector.

I’m only filtering on one item so it’s a simple setup.

I know I could look at the Data Out and pick out the relevant column to get the filtered value, however this wouldn’t work if All Data was selected.

My mistake, the Data In property is available.

Looks like I can achieve what I need with the following: