Clients at our company range from using 100% to 150% “Scale and Layout” display settings on their Windows computers. When clients view our screens with 150% view, the text from the labels usually gets cut off. The label’s border is already expanded to match the border of its parent template(As shown in the following images). In the images below the only thing that was changed was the Scale and Layout of the monitor display from 100% to 150%. 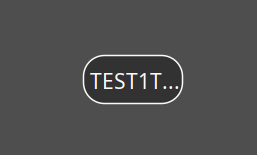 The label component is set to the layout configurations shown in the image below. 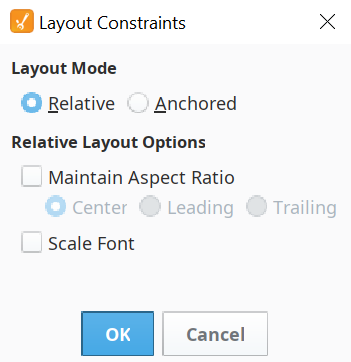 How do I configure the label component so that the text doesn’t get cutoff when a user uses 150% monitor scale and layout instead of 100%?

Can you set Vision to ignore Windows’ scaling and fix it to 100%?

How to set Java (Designer) to use 100% screen scaling without changing Windows setting? Ignition

I think I saw this mentioned on the forums somewhere about a java argument you can set for this, but can’t find it… Windows screen scaling of anything but 100% causes issues with object displays in Java apps, the Designer included, and while I always have this at 100% (even on my tiny 27" 4K monitor :D), some colleagues aren’t so adventurous and would like to set Windows to 125%. From memory it might have been @Kevin.Herron that mentioned the Java arg?

You’re going to have a fun (not) time otherwise, or just tell users to get better eyes and set it to 100%

Turn on the checkboxes for “Maintain Aspect Ratio” and “Scale Font”. Your snapshot is exactly expected for the settings you show.

Maybe all my Perspective work is overwriting my Vision memory… I also haven’t had much experience with Windows scaling tbh, but I would have expected turning on those settings would still result in issues at 150%

Windows’ imposed scaling is a totally different phenomenon from Vision’s own scaling for relative layout.

@pturmel it appears that making that change just alters the problem to where different labels are different fonts even though they are all set to be the same font when configured in their parent template.
@nminchin I think your solution seems like the one I am looking for, but I couldn’t get the JVM argument to work. Was there something different you did to get it to work other than pasting in
-Dsun.java2d.uiScale=1.0 into the JVM argument field? Also wouldn’t every client have to add this argument into their Client launcher to have this take effect?

Thank you both for your help by the way!