Our IT group is blocking all of Java.com because of their predatory licensing practices.

Some alternatives they gave are AdoptOpenJDK and Amazon Corretto. Is it possible to use either one to launch a designer from version 7.9? I’ve tried some configurations of AdoptOpenJDK but when I run the JNLP file nothing happens.

Is there a reason to not use the native client launcher?

I would take this opportunity to migrate to the native launchers instead, though.

Maybe I don’t quite understand 7.9.

I don’t want to run a client; I want to launch a designer.

You can launch a Designer from it as well.

It’ll be in the upper right cormer, when you get there. 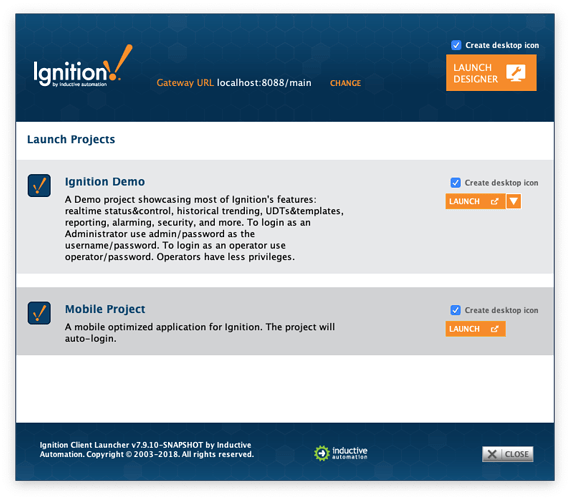 Legacy naming holdover. Clients and Designers are much closer in functionality in v7.9–having them in the same native runtime is natural. There wasn’t a separate designer launcher until v8.

The one thing to watch out for with using the Native Launcher is that the embedded Java version is 9, not 8, and there’s some differences in behavior when it comes to sort-of-high DPI displays and Windows that can be annoying (like when a fractional displaying scaling value like 125% or 175% is used).