I am having issues with my tag groups not polling devices at the correct speed I have set them at.
The rate the tag groups were polling at before were causing heavy network load on the devices so I tried to adjust them to slower rates. But when I change the rates and apply them nothing changes. When I look at the devices details page, they are still being polled at old rates. What could cause the updates to the tag groups to not be recognized by the gateway? I am also fairly new to this, been working on a project for a couple months and it is my first time using ignition so I am still learning and may be missing some things. Any help would be appreciated.

When you overload a device, it runs at the fastest rate it can achieve for the load. You won't see any change at the device until you reduce the load enough for the device to have some free bandwidth.

FWIW, the most common newbie mistake is dragging big chunks of the PLC's tags from the OPC browser over to the Tag Browser. Don't do that. Only make Ignition tags for the PLC tags that you actually need.

Oh yes, I did know not to do that thankfully before I started. I figured the more tags you had in ignition, the more load it would put on each device. I know that part of the issue I have with our setup is we are working with several 20+ year programs that have not been optimized at the device as well so it is already on the slow side. I only have the tags we are actually needing on the screens in ignition for each device so I'm having to try to optimize in other ways the best I can. But are you meaning the actual sampling interval rate is what I will not see change until the device has free bandwidth? What I was meaning was like I have a tag provider with 3 different tag groups set up, depending on whether it's a process variable that needs to be a live active value, a setpoint value that doesn't change that often or a timer value that only needs to poll at a slower rate than the process variables themselves. Those tag groups are set to 1000 ms, 10,000 ms, and 2000 ms, respectively. But when I look at the devices page that are using those tag groups the sampling rates have not changed at all. They are still showing the old tag groups rates as the "Sampled at" rates and are not changing when I update the rates for the tag groups. Those should change when I update the tag groups correct and if it was causing overload it would just show overloaded and be receiving a slow actual response rate right? Or am I thinking wrong there? Just wanted to make sure I was explaining what I meant properly and understanding correctly.

They are still showing the old tag groups rates as the "Sampled at" rates and are not changing when I update the rates for the tag groups.

I have done both of those. Tried several different times in different orders. Also tried restarting modules they use to communicate. Also did not change anything. Starting to wonder if maybe a gateway restart is required to get them updating correctly again.

Any chance you are changing tag group poll rates in one provider and the tags are in another provider?

Share some screen shots of tags with the problem.

Most of my tags for this project are in one provider. I do have another provider set up for a sub-project that works alongside this project using separate PLC's but those polling rates seem to be correct. These tag groups are set up in my default tag provider. All of the tags I have set up fall under one of these three groups. Also included a screenshot of one of the devices pages that shows sampling rates that are not in any of these tag groups. 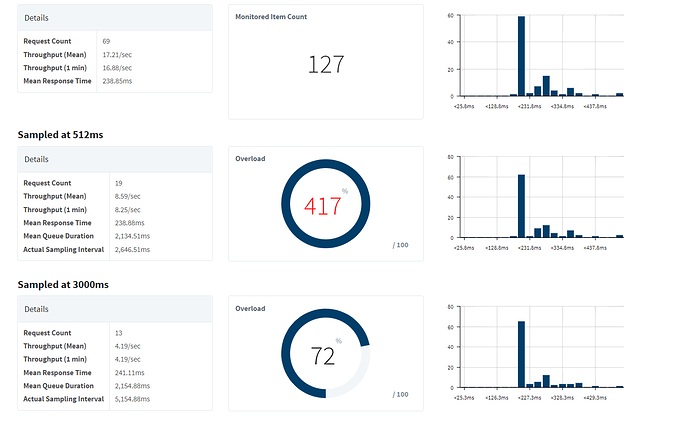 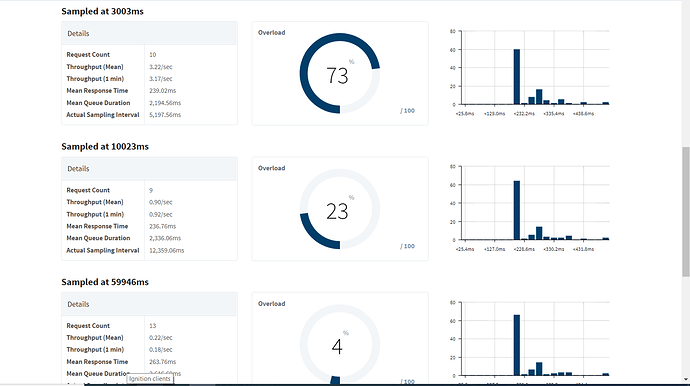 That helps. Not sure what's going on. Consider not using leased mode until you are sure everything is behaving as expected.

You might want support to look over your shoulder.

Thanks, I have also tried using direct mode but that seems to create a bigger overload on our PLC's. It seems to me almost like it got hung up somewhere and is not updating changes on the gateway for whatever reason. Was going to try a gateway restart next to see if that changes anything.

BTW, those are extraordinarily bad response times. What kind of processors are these?

That one in particular is an automation direct DL450 i believe. Most of our plcs are variants of DL400 series processors and siemens 505 processors. With some sl-1200 processors. If i understand what ive been reading and learning correctly I think part of the issue with why they are so slow is because the programs themselves are not optimized very well and cannot take advantage of request grouping to fetch the tag values. So it makes a lot of single tag requests using more of the bandwidth.

Oy! You are toast. With those response times, you can only handle four requests per second. You might be doing those optimizations sooner than you hoped.

Thats what I was talking about before. Im having to try to optimize the best I can in ignition right now because these programs are 20+ years old and have not been optimized after restructuring on old legacy equipment. So it would probably take a complete rebuild to get the plcs optimized to where they arent being worked to the bone.

Then, beyond getting your tag group changes to take effect, I don't think there's anything else in the toolkit. They are just slow devices.

Thats basically what I have been relying on, slower poll rates for tags that dont change that often but still need a live value and only polling more frequently on process variables that need to be consistent. They are slower, hoping we get the programs better optimized at some point as well but that will be a future project if ever lol.