I am trying to create a timeseries chart in a report which has two pens. One pen depicts production counts and the other an ideal production goal line. This works fine in the Vision chart component because each pen is supplied with its own dataset from a SQL query. But, in the Report chart component it seems that both pens must be supplied by one dataset.

If I union the two together so that I have one column as a timestamp and one column for each pen this results in null values for one pen at each timestamp. The Report chart component breaks the drawn continuous lines when encountering the null values. Is there a trick to avoid this or a way to supply each pen with its own dataset like the Vision chart? 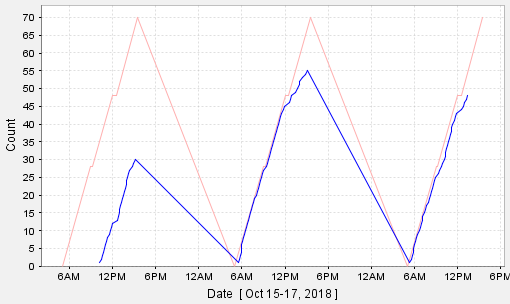 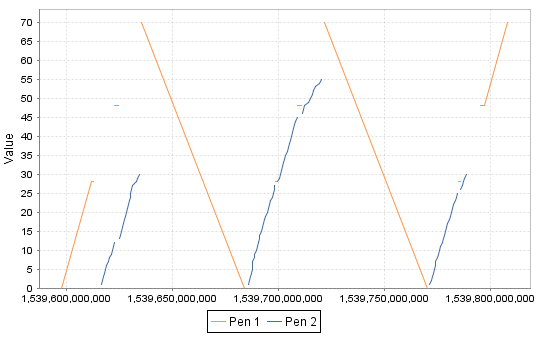 On the plus side knowing about this line break functionality did allow me to modify my original vision chart by using nulls to avoid the lines drawn back down to zero at the end of a shift. But, I still need a solution to replicate this within the report chart. 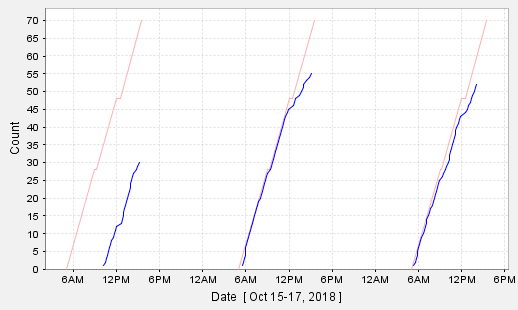 Would adding a second axis, assigning Value2 to it and setting the Axis as hidden work?

The “easy” fix to this is to combine the two query-driven datasets using a third, scripting datasource - then use that third datasource for the chart in your report.

The more complicated fix would be to use the configureChart hook of the reporting chart to add the data from the second incoming datasource as a second dataset.

is there any example or documentation on how to do this? I also have two datasets where the X axis values aren’t exactly the same.

Drop a chart on the report, at the bottom of Chart Options in the Property Inspector check the box under Scripting that says Enabled, then hit Edit Script to get into the configureChart editor. Next, write a script that combines the 2 datasets into one new dataset. See this link for more help: