I have a text field that I would like to put a script on which would write that value entered into a few tags defined in the script. I know in vision you can use the propertychange event handler but I do not see anything like that in perspective. How would I go about doing this in perspective?

If you right-click the property in question, you should see “Add Change Script” in the context menu. 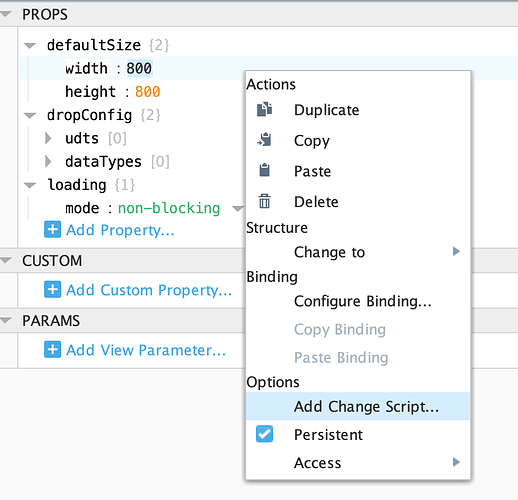