What are "array eval" key in boolean array UDTs?

I’ve just created a UDT to store some of our PLC alarm status flags which are just integers with each bit referencing a different alarm.

I’ve imported these paths as Boolean Array and can manipulate it relatively OK.

But I noticed when this same structure was imported in a UDT, I have a new property called “array eval”, which looks like it does a small amount of bitwise help: 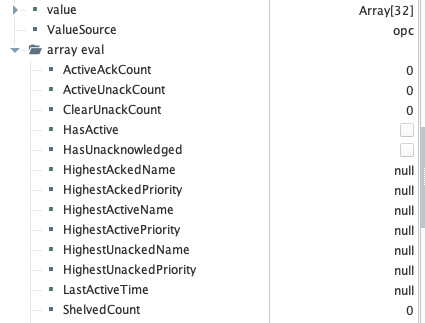